The exciting day 4 of Elista saw many decisive games. Leko and Kamsky achieved their third consecutive victory to close R1 of the Candidate Matches. Aronian recovered from the surprising loss in G3 and scored to take the lead 2,5-1,5. Adams stunned Shirov with Black and is only half a point from going to next round. The only match that is still level is the one of Boris Gefland and Rustam Kasimdzhanov after four draws.

The First World Women Chess Championship was held from 19 to 30 May in Ekaterinburg, Russia. The Chinese team won with a confortable advantage after they destroyed the strong Russian team 4-0 in the second round. After China won against Ukraine 3,5-0,5 in round 5, the intrigue was will Botswana manage to take half a point until the end of the competition.

For nice interviews with the players, visit the official site of the event www.chesswomen.com.

Havana must be on Vassily Ivanchuk’s favorites map as he won the Capablanca memorial for the third consecutive time. It was impressive run, too, he was looking at rest of the field from the two points distance. Rare result in short 9-round robins. 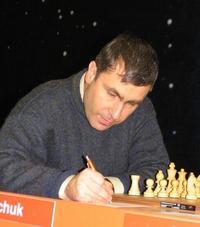 Kudos to Cuban GM Walter Arencibia for the wonderful fighting spirit. Six decisive games, with only three draws, brought him to 50% score, but his attitude was refreshing and play fun to watch. This concludes our “to-praise” list.

Bad shape of Neuris Delgado Ramirez and, once Corus Group “A” participant, Lazaro Bruzon Batista, turned them into punching bags. Other players were drawing too much, in too few moves, to deserve honorable mention. Together with Bosna 2007 tournament, an important signal for the organizers.

Carlsen with an important win

The best US chess player Gata Kamsky took an important advantage against his opponent Bacrot Etienne (FRA). Kamsky is leading the match 2,5-0,5 and he is a point away from qualifying for the second stage.

At the press conference of Mtel Masters Kamsky was asked if he will be tired after the Super tournament. His answer was clear, Mtel 07 was a great practice for him.

Another Mtel Masters participant, Michael Adams, made third consequtive draw with Alexei Shirov. The game was very similar to the round 1 and round 2 games between the two GMs, ending with a three moves repetition.

Draws in day 3 were not as abundant as previous days. Besides Kamsky, Leko also got closer to victory with 2,5-0,5. Carlsen came back in the match and leveled the score against Aronian 1,5 – 1,5. In the longest game of the day Rublevski won against Ponomariov in a 92 moves Queen and Pawns endgame.

Sergei Movsesian wins with a clear point ahead of the others

Our previous report covered the first half of the tournament, an interesting start with many surprises. The second half, however, was as exciting as watching the bamboo growing. Top placed Sergei Movsesian and Borki Predojevic were clearly satisfied with the standings, thus reducing their pugnacity. Artyom Timofeev was in a poor shape and every short draw was like a divine gift for him. He will surely want to forget Bosna soon. 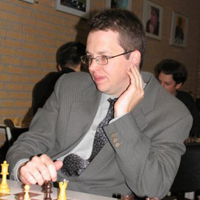 Alexander Morozevich and Ivan Sokolov were trying to achieve more, but both scored one win, one loss and couple of draws. Nigel Short was the only eager to fight, having played the largest number of moves. He had his retaliation against Morozevich, but others have already switched to ultra-solid mode. It will be totally logical to see Sofia rule in Bosna next year. 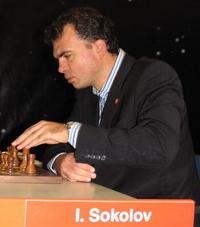 Yesterday, chessdom.com started a deep sheep analysis of the games going on in Elista. In the first round, it turned out that most sheep were checkered (i.e. leading to drawn games no matter black or white). Today, the players tried to adjust their sheep. However, the additional refinement to the sheep’s performance did not work for many in game 2, and most of the games finished draw.

Evgeny Bareev was the only player with initially black sheep that managed to repaint it. The results were pretty good and even though he missed some good moves, he managed to win against Judith Polgar.

These were the four players that decided to do little or no refinements of their sheep. It turned out that the checkered sheep suspicions from day one were unreasonable, and after a small talk with the animals, the sheep showed their real color. That brought victories for the White sheep holders Kamsky and Leko, even though they played with Black. 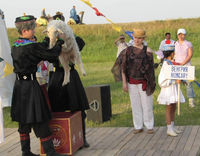 A white sheep is a white sheep. It brought good luck to Grishchuk in the first round of the Candidate matches. However, it turned to be the only white sheep of the day to work properly. 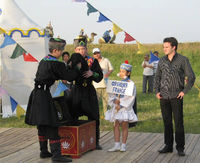 Aronian shows once again that he is a black sheep for his opponents. As we mentioned in our preview, he is the clear favorite for qualifying. Adding the sheep power to his ability will make the place in the finals even closer for the young Armenian. 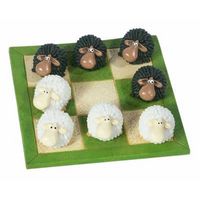 Many games of round one finished 1/2 – 1/2. Was it the case that the players above received a checkered sheep during the draw? We may never know the truth, so let’s look at other factors. First, the players knew who their opponent is long before the start of the games. Thus, they have come prepared to Elista. On the other hand, a pieceful start is better than a negative start, so it is logical to strive for simple, easy to draw positions in the beginning. Not on last place, the absence of the Sofia rule makes the draw a very possible result.

Visit the page dedicated to the World Chess Championship Mexico 2007 for more info about the WCC 2007. 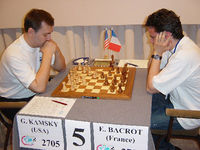 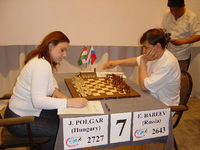 The two lowest rated players are leading the field after six rounds of Bosna 2007 tournament. For people that know them, this can hardly be surprise. Sergey Movsesian is an ultra-solid player coming from Armenian background. As Levon Aronian pointed out, the Armenians are not heavy theoreticians, but they have highly competitive spirit.

The Bosnian top player, Borki Predojevic, was a national chess project. For a few years, sponsors have provided conditions for him to work with best coaching team in Belgrade. The investment is paying off as Borki is gradually improving to become stable 2600+ player. He surely deserves more invitations for round robins.

The title is referring to Alexander Morozevich’s performance. While browsing the websites, we have read predictions that Morozevich will display his usual “crush-under 2700″ players and gain enough rating to jump on the 1st or 2nd place on the FIDE rating list. Amazingly, Moro lost all three games with White pieces, while winning two with Black. We’re curious to see how he does in the last four rounds, but he has to work on performance with White in any case if he plans to do something in the 2007 World Championship.

The US Chess has a new champion! It is GM Alex Shalabov who won the 2007 edition with half a point ahead of the last yers champion Alexander Onishchuk. This is not the first time Shalabov wins the US Chess Championship. He did it also in 2002 and 2003. In 1993 he shared first with Alex Yermolinsky and in 2000 he shared first with Joel Benjamin and Yasser Seirawan. Congratulations Mr. Shalabov!

The 2007 Frank K. Berry US Championship brought great happiness to FM Joseph Bradford from Austin. He achieved his last IM norm and thus the title. FM Michael Langer also gets an IM norm and is a step closer to being an IM.

Here are the standings of the tournament that was disputed in the “Thabor” park.

The final five rounds of the tournament will be played in June. We will keep you updated. 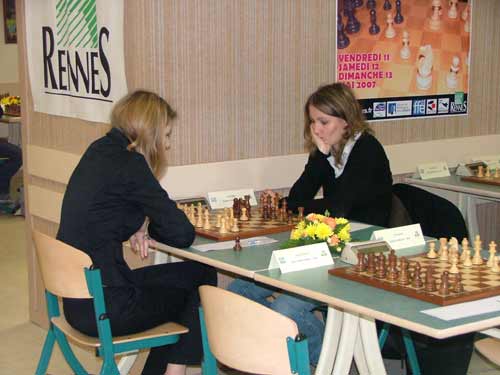 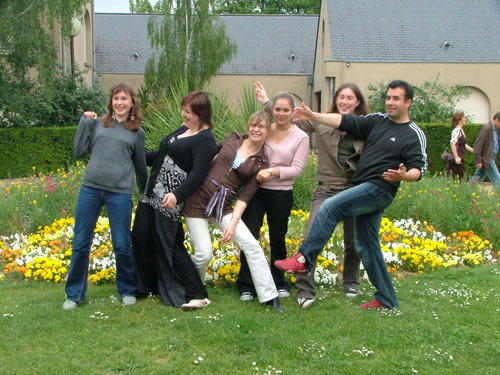