IM Miodrag Perunovic and Goran Urosevic will comment the games from the Biel Chess Festival live at Chessdom.com. The featured game of the last round is the clash between Magnus Carlsen and Alexander Onischuk.

In the other games of the round the leader Leinier Dominguez will be black against Etienne Bacrot and Yannick Pelletier will play with Evgeny Alekseev.

IM Miodrag Perunovic and Goran Urosevic will comment the games from the Biel Chess Festival live at Chessdom.com. The featured game of round 9 is the clash between Leinier Dominguez and Magnus Carlsen.

In the other games of the round we will see Onischuk – Alekseev and Pelletier – Bacrot.

The main event if Ikaros Chess Festival 2008, the Aegean Open Championship 2008, was concluded on Sunday 20th of July. The ultimate 9th round was a very combative one since after eight rounds seven players were sharing the first place with 6.5/8, while four others were following just half a point behind!

At the end the winner of the tournament was the Greek Grandmaster and national champion Christos Banikas who, in his last game, beat Alexander Shneider with white to reach 7.5/9. The same score was achieved by Robert Markus who beat Rafal Lubczynski but had a worse tie-break than Banikas. 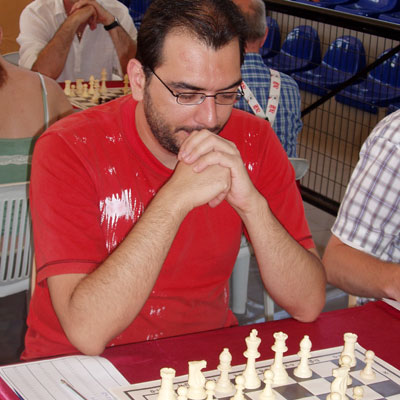 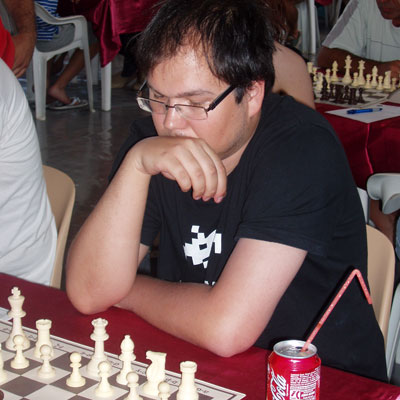 The third place with 7/9 went to Evgeny Postny who, although with a very good start at the tournament, somehow lost pace in the final rounds and made three draws that cost him the first place. The same score with Postny but with worse tie-breaks was achieved by Thomas Henricks, Dusan Lekic and Sebastian Siebrecht.

Among women, the competition was also very interesting and after the final round only the tie-breaks could be used to declare the first woman in the tournament, since four ladies ended with 6.5/9! The final rank according to tie-breaks was: Liubov Kostiukova, Yana Melnikova, Irina Zakudjaeva and Ana Srebrnic.

Among the Aegean players Alexandros Koukoufikis was declared the Aegean Champion for 2008 while in the veteran category the first place went to Danish IM Bjorn Brinck-Claussen. 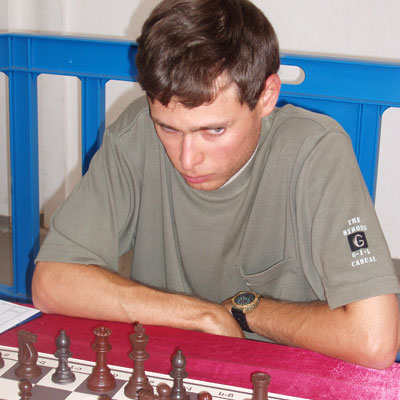 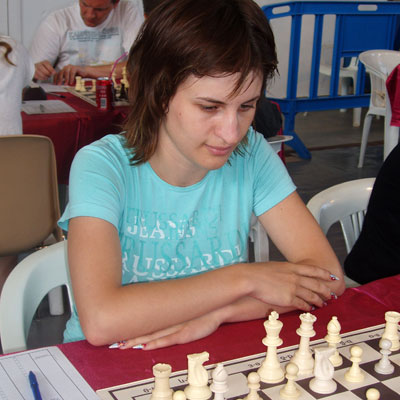 The end of the tournament found all participants very pleased, not only by the tournament itself, but also and more importantly by the friendly atmosphere during the event and the beauty of the island of Ikaria. Several participants, Greeks and foreigners, already confirmed their participation to next year’s event. The organization committee of Ikaria Chess Club and the Municipality of Aghios Kirykos (the main sponsor of Ikaros Chess Festival during the last decades) promised to do their best to provide participants with even better conditions and a better tournament!

Those of you who would like to get more information (results, standings, games, photos, reports) about Ikaros Chess Festival 2008 can check the official website of the festival or the web pages of the official media partner Chessdom while those who want to find out more about the picturesque island of Ikaria can check at: http://www.island-ikaria.com and http://www.icaria.gr or http://www.daki.gr/ (Municipality of Aghios Kirykos, in Greek language). 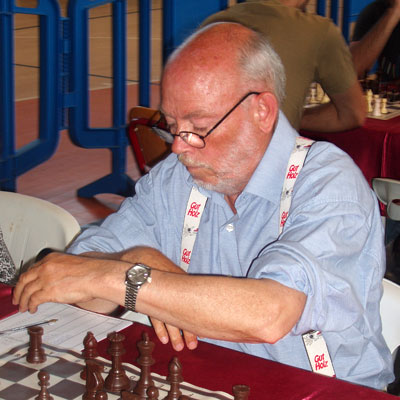 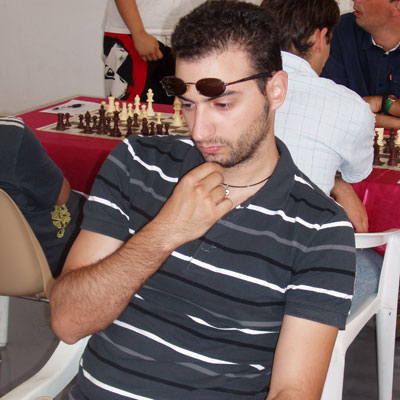 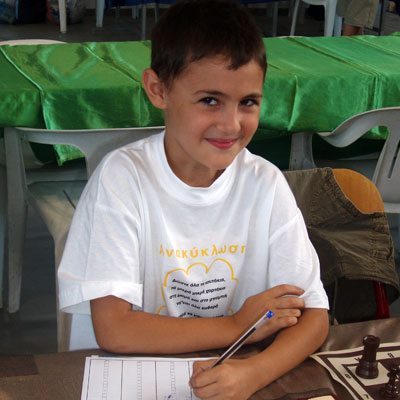 IM Miodrag Perunovic and Goran Urosevic will comment the games from the Biel Chess Festival live at Chessdom.com. The featured game of round 8 is the clash between Etienne Bacrot and Magnus Carlsen. See an earlier video of Bacrot and Carlsen in a post-mortem.

In the other games of the round the leader GM Dominguez will meet with black GM Evgeny Alekseev and GM Yannick Pelletier will play with Alexander Onischuk.

Ivan Salgado Lopez is the only GM in the competition. In total 106 players from Spain participate in the event, 12 of them are titled. More information on feda.org

many chess titles and norms at the competition 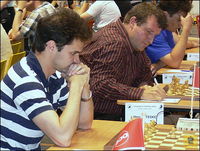 The festival also game many norms to players. Piotr Dobrowolski and Jakov Geller got GM norms, Eugenia Chasovnikova a WGM norm, 24 players got IM norms, and 5 players got WIM norms.

Report and photos by Viktor Novotny 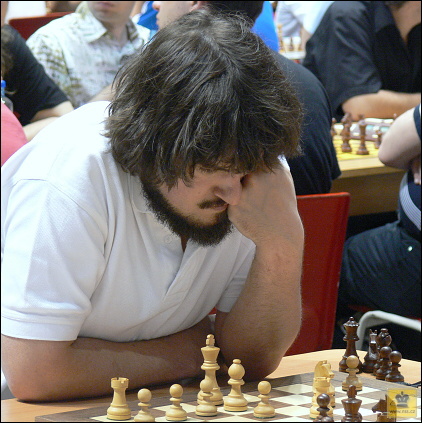 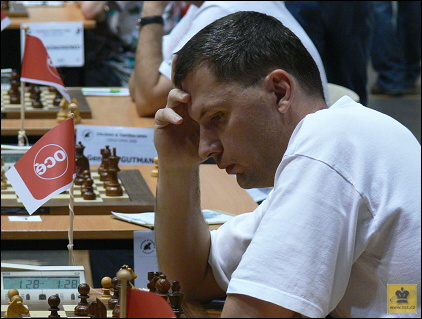 IM Miodrag Perunovic and Goran Urosevic will comment the games from the Biel Chess Festival live at Chessdom.com. The featured game of round 6 is the clash between Magnus Carlsen and Evgeny Alekseev.

Six players have shared the first place at the 2008 Politiken Cup, but the trophy went to Dutch globetrotter Sergei Tiviakov on best additional criteria. He scored a full point with Black pieces in a very difficult game against GM Arthur Kogan. And while GM Vladimir Malakhov caught “easier” opponent in the last round, local hero Peter Heine Nielsen had to work hard and beat GM Bartosz Socko to reach the first place tie. Finally, Swedish GM Jonny Hector, known for his sharp and enterprising play, calculated deeper than GM Evdokimov and deservingly established himself in the top pack. 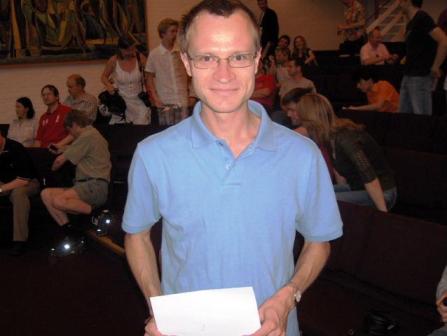 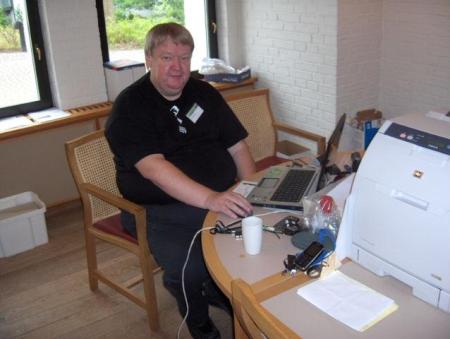 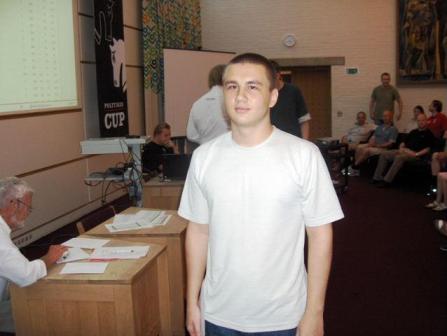 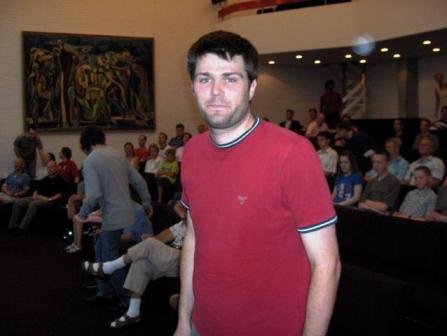 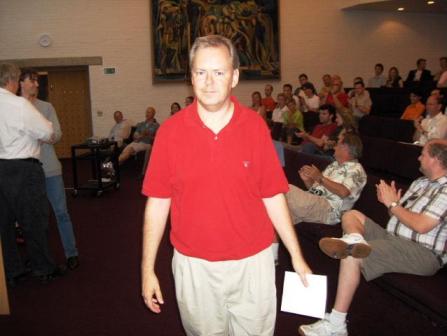 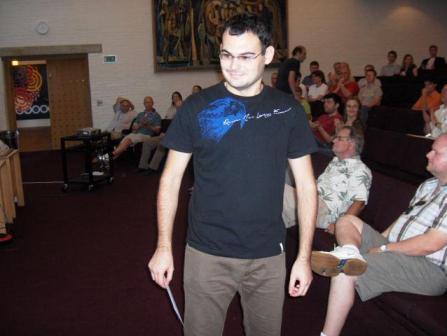 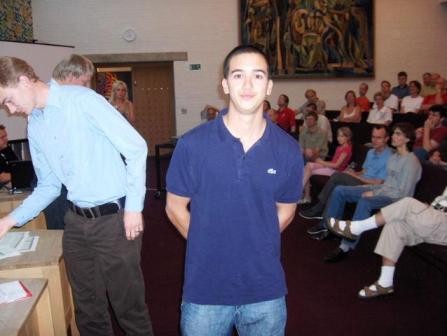 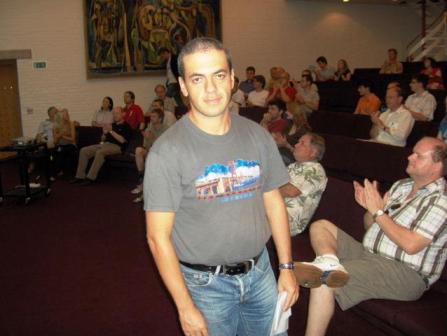 the chess event continues in Singapore

The 4th World Schools Chess Championships 2008 in Singapore continues. FIDE informs about the latest results, which are as follows:

More important perhaps for the organisers is the success of the event is also well satisfied with 258 young children from 24 countries coming together, for sure many whom are young talents, but what is most happy is that all clearly love chess passionately!

The 4th World Schools Chess Championship 2008, held from 23 to 31 July in Singapore, is organised by the Singapore Chess Federation and co-hosted by Teck Ghee Community Club.

On the 26th of July 2008 the opening ceremony of the “North Urals Cup 2008” took place. The concert hall of Krasnoturinsk was full of warm emotions. The organizers prepared a magnificent concert of local groups for the participants and the audience. Slide shows about Krasnoturinsk, the tournament and the wonderful people living here were demonstrated on screens on both sides of the stage.

The drawing procedure took place during the ceremony. Participants had to choose the box they liked most of all among those that were brought to the stage by girls-drummers. In every box there was a number that would correspond to each player in the tournament table. The Chief Arbiter of the tournament Ashot Vardapetyan announced the results.

They are as follows: 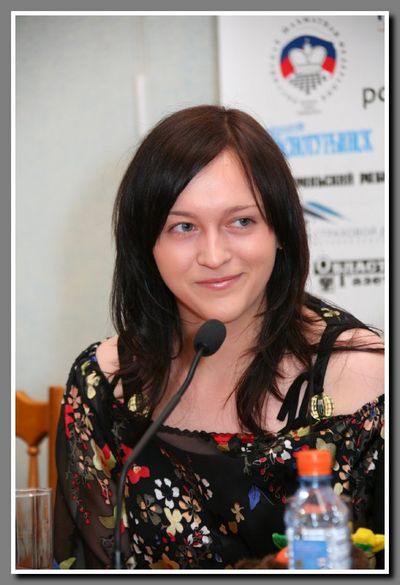 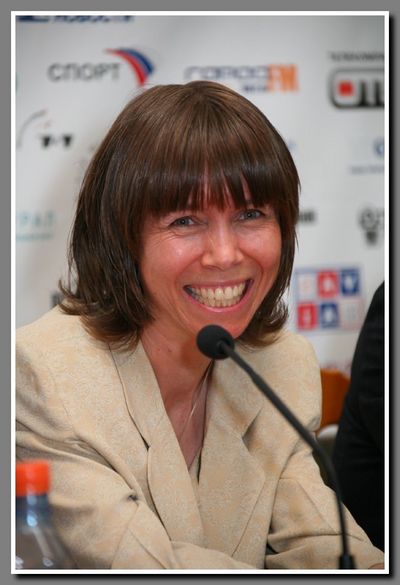 Andrey Selivanov emphasized that he and Anatoly Sysoev decided to create a women super tournament 6 years ago because there were just a few chess competitions for women and this situation appeared to them extremely unfair.

Participants are glad to come to the hospitable Ural land again. “People here are very friendly and the Ural is the place where I am so lucky”, said the current world champion Xu Yuhua. Answering the question to play with whom men or women is more interesting, Antoaneta Stefanova, who takes part in great deal of men competitions, said that it was easier to play with men. But at the same time she considers victories in women tournaments her main achievements. Anna Muzychuk who on the contrary mostly plays in women tournaments shares her opinion.

Pia Cramling shared her impressions, “It’s my first time here. When I got the proposal to participate in the “North Urals Cup” I didn’t hesitate at all and agreed because it is the strongest women tournament in the world!”

The Russian player Natalya Pogonina was welcomed with a storm of applause. She confessed without false modesty that her aim was to become the first in the tournament. And that’s right! Every sportsman must aim at the best results. Evidently other participants hold to the same opinion. And it means that we are in front of exciting rounds, tense struggle and unpredictable results. 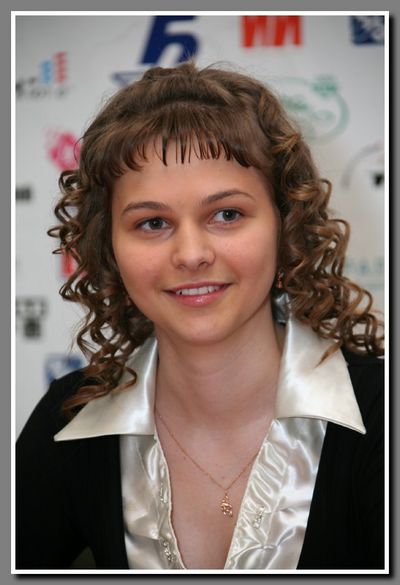 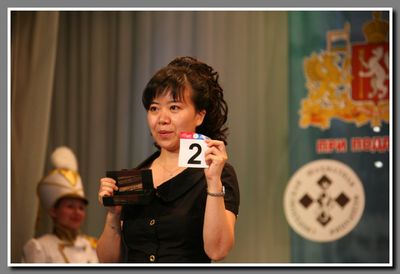 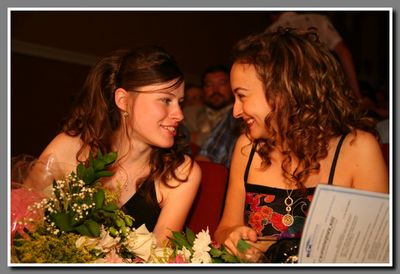 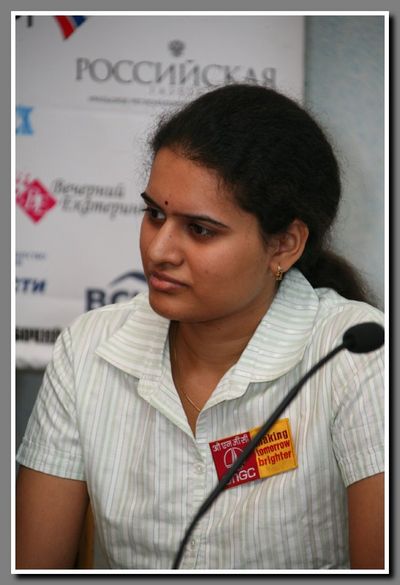 It is indeed the strongest women chess competition. We are surely in front of bright tournament. And it has started!

Photos and report by Anna Burtasova,

Quotes from the press conference of North Urals Cup

Alexander Levin, “On behalf of the Governor I greet all the organizers who managed to keep this wonderful tournament at this difficult time. The 19 FIDE category is not the limit for the “North Urals Cup” and we hope that once it will reach the highest 20 category”.

Andrey Selivanov, “This is the main super tournament of the year. A lot of world leading chess players would like to participate in the “North Urals Cup”. This tournament served as an example for many other countries. Now similar competitions are held in Baku and Istanbul. The world championship will be soon in Nalchik. I am sure that the future world champion is now sitting in this hall”.

Ivan Gramatik, “This tournament gave the great impulse to the chess development in Sverdlovsk region”