Full point ahead of competition

The 4th Calvia Chess Festival took place on 15th-23rd October at Polideportivo Municipal de Magaluf. Chess globtrotter GM Victor Mikhalevski of Israel had a fantastic start with seven straight wins, including those against Francisco Vallejo and Rauf Mamedov. Two quick draws in the final rounds were enough to keep him on the first place full point ahead of 2nd GM Kevin Spraggett. There were 30 Grandmasters among 144 participants fighting for the share of 17.000 Euros prize fund. 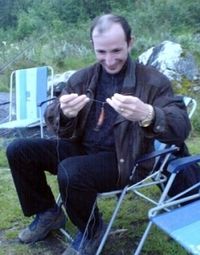