Wesley So proves he is the star of Group C 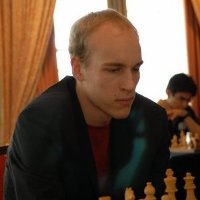 The Corus chess tournament has started in Wijk Aan Zee with many fighting games, interesting results, and some surprises. In the top game of the day in Corus A Magnus Carlsen offered early sacrifice of material. After initial decline by Radjabov, later on it was a fact and the young Norwegian build some advantage. However, Radjabov managed to activate his rooks and despite having a pawn less was able to hold the draw.

The stars of the day were GM Karjakin and GM Smeets. Karjakin defeated GM Morozevich in only 26 moves. The Ukrainian had a stable opening and a few inaccuracies by Morozevich led to a collapse in his defence.

GM Smeets stunned GM Ivanchuk with black. The young Dutch was not afraid of the high ELO difference and showed that no one should be underestimated in this tournament.

Results Corus A round 1 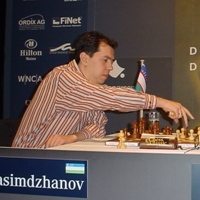 In group B there were a total of 4 victories for black. Ex World Champion GM Kasimdzhanov pressed from the beginning against Yifan Hou and walked away with a full point. GM Vallejo, who is the second of Veselin Topalov, won against GM Reinderman. GM Efimenko continued his aim at the 2700 club by winning against GM Mecking, while GM Navara is obviously in wonderful shape again as he nicely outplayed GM Motylev.

Results Corus B round 1

Group C started with a few surprises. The English GM David Howell got stunned by the second lowest rated IM Manuel Bosboom. In the Indian derby IM Harika Dronavalli walked away with full point with black against the World Junior Champion GM Gupta.

Romanishin won against Bitalzadeh after a cute intermediate move, while Iturrizaga swindled against Leon Hoyos.

GM Wesley So showed that he is the favorite in this group and despite a few inaccuracies, he got the full point against GM Nijboer.