March 9th – the day when Bobby Fischer was born, initiated a number of events around the world. Reykjavik Open organizers have invited Boris Spassky and Paul Benko to Iceland where they visited Fischer’s grave and participated in comemoration. The Palace Hotel tournament that is currently ongoing in Heviz, Hungary is also dedicated to the memory of great champion.

Bobby Fischer played in Argentina on several occasions and Buenos Aires was site of his Final Candidate Match against Tigran Petrosian. Local organizers have composed a field of three Grandmasters and number of talented IM’s to participate in Bobby Fischer Memorial that took place on 11-19 March in Villa Martelli.

GM Oscar Panno, 1953 World Junior Champion, was the only participant who actually met Fischer. They have played three games against eachother, but the last one during the 1970 Palma de Mallorca Interzonal was somewhat eccentric. Fischer started with 1. c4 and Panno resigned without making a single move, in protest because the game was only one of many reschedulings on Fischer’s request.

IM Diego Valerga and Chilean junior IM Mauricio Flores Rios have tied the first place with 5.5 points, in spite of defeats they both suffered in the last round. Flores Rios actually lost last two games after the fantastic earlier run. Valerga grabbed the trophy on better tiebreak. 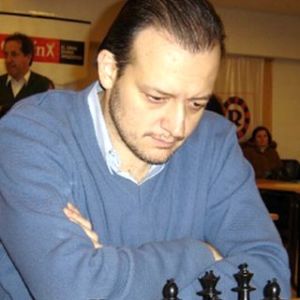