Here are the tournament rules: each game bears three points instead of the “normal” one. In case of decisive result, the winner receives three points, the defeated signs zero. But if the game ends in a draw, each player takes one point and then they move in to play Armageddon blitz game (5 minutes for White, 4 for Black + draw odds) for the remaining third point. Thus a game can give 3-0 or 2-1 score.

However, in regard with FIDE rating calculations, the usual 1; 0.5; 0 system applies.

This extravagant scoring plan will surely cause lots of discussion, particularly in combination with the issue of Armageddon games, raised after the US Women’s Championship tiebreak. 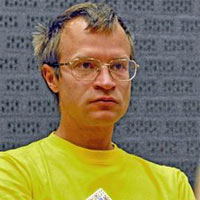 The prices were good, the accommodation cheap, surely worth of trying next year. More information on the tournament website