The All India Chess Federation (AICF) has expressed its willingness to reconsider its ban on Grandmaster GN Gopal.

Talking to Times of India on Wednesday, AICF secretary DV Sundar said the federation would look into the matter again if the player appealed against the ban.

“We have kept the options open and we have told the player that he can appeal against the decision,” said Sundar.

GN Gopal was banned by AICF afer the Kerala-based GM took part in a tournament in Mexico
skipping the National A in Mangalore late last year. The news about the official ban came a few months later, and triggered a wave of protest. The chess fraternity, including the Chess Players Association of India, had reacted sharply against the decision. AICF came under pressure because World champion Viswanathan Anand and some former national champions also supported Gopal.

Sundar said the federation would organise a series of GM tournaments in India to give more opportunities to the players. The first of it will be an open tournament with 26 GMs in Mumbai from April 30 to May 10. 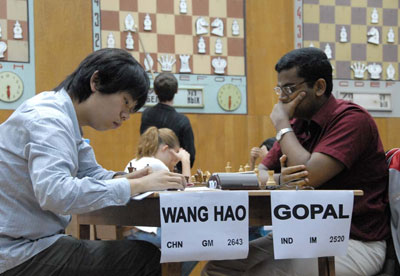