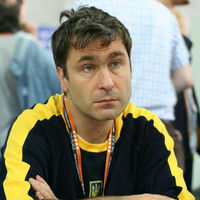 Five of the players have recent experience in the double round robin format in the Mtel Masters tournament. Alexei Shirov just won the event, ahead of Carlsen and Topalov, but his latest performance at Poikovsky Karpov tournament puts a question mark on his Bazna Kings result. Ivanchuk also has a title from Mtel Masters, yet a few weeks ago he finished last.

Gata Kamsky and Liviu Dieter Nisipeanu played in the 2007 edition of Mtel, both with a realistic chance to get the title.

Radjabov is stable at every event he plays in the last years, so was his double round robin experience at Mtel where he played interesting games and showed lots of fighting spirit.

Boris Gelfand showed in 2007 he is dangerous at double round robins, and was the only competitor chasing Vishy Anand on his way to the title at the World Championship 2007.

The time control of the Bazna Kings tournament will be 120 minutes for the first forty moves, 60 minutes for the next twenty moves and 15 minutes after the second time control and an increment of 30 seconds per move. The tournament has a no short draws rule, no draw agreements by the players are allowed before move 30. The final standings tiebreaks are 1. greater number of wins, 2. result of the direct mini-matches between contenders, and 3. Berger

The oficial opening of the tournament will be on 13 June 2009, at 9:00 CET.
In the same day will be the drawing of lots, at 19:00 CET.
The tournament begins on the 14th of June.
The rounds are scheduled daily at 15:00 CET, except the last round which will be one hour earlier.