After extensive research by numerous people in the past month, I am told that this is a world record for a chess tournament.

The event was officially approved by the National Park Service. NPS also provided all members of SPICE and the Knight Raiders complimentary entrance to the Caverns. 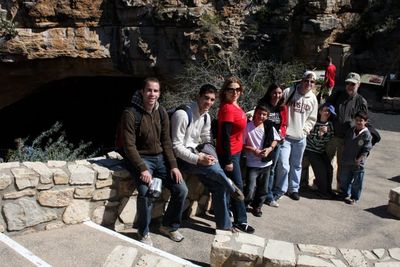 We departed from the Texas Tech Student Union Building at 9 a.m. and arrived at Carlsbad Caverns a little more than three hours later. Once we arrived, members of SPICE and the Knight Raiders descended nearly 800 feet below ground and it took about an hour to get to the playing location. However, everyone enjoyed the breath-taking sight of spectacular stalactites and stalagmites along the way.

The weather in the cave is a mild and comfortable 56 degrees year-round. The tournament started at 2 p.m. 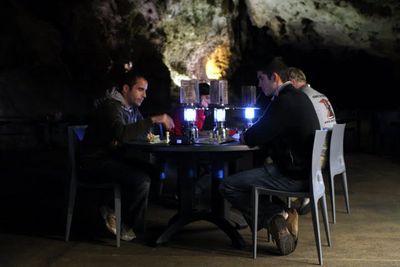 In addition, according to the official Web site, “Carlsbad Caverns is one of over 300 limestone caves in a fossil reef laid down by an inland sea 250 to 280 million years ago. Twelve to 14 thousand years ago, American Indians lived in the Guadalupe Mountains; some of their cooking ring sites and pictographs have been found within the present day boundaries of the park.”

After the tour of the Big Room, our group got back to ground level, just in time to witness the fascinating bat flight. Approximately 500,000 Brazilian (commonly called Mexican) free-tail bats call Carlsbad Caverns home during the summer. At 5:25 p.m, the bats came out of the caverns in circular formation then headed off to find food. The bats eat several tons of insects each night. We were told by the park rangers that this may be the last or one of the last bat flights of the season as they migrate to Mexico for the winter.

It was a fantastic chess experience for everyone involved. We are now searching for the next exciting chess place to explore. If you know of one, please feel free to e-mail me your suggestion.

Big thanks to the U.S. National Park Service for making this possible and for their wonderful hospitality, Texas Tech University, and Peggy Flores for making all the arrangements for SPICE and the Knight Raiders. More information about SPICE and future events can be found at www.SPICE.ttu.edu