In the final round, Kuzubov settled for a quick draw against National Under-25 champion RR Laxman in just 8 moves while Areshchenko had the same results against Neelotpal Das. Anuar Ismagambetov defeated T U Navin Kanna in the final round encounter and tied for the pole position with 8 points. The five ways tie resolved by bucholz score and Kuzubov edged out rest four. Areshenchenko finished second while Laxman, Anuar and Neelotpal secured third, fourth and fifth position respectively. But all the five pocketed Rs.1,12,000/- as prize money as the prize money shared among the tied players as per the tournament rules. 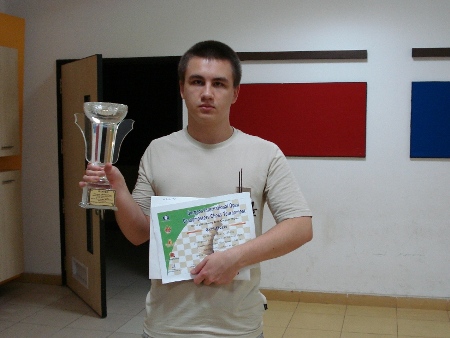 For further details and games please visit our website www.haryanachess.com