Kosteniuk surprised by the photos choice

Upon her arrival in Moscow, where she will participate in the Moscow blitz chess championship, the World Chess Champion GM Alexandra Kosteniuk came upon an interesting news. The September issue of the Russian Vogue magazine had an article featuring her and her achievements. “They made a very unusual choice of photos but I liked the article which is the most important thing for me,” commented Alexandra Kosteniuk. The article titled “Russian gambit” tells the story of how the 24 years old Russian player managed to become World Champion, to participate in movies, and how she believes there is much more to do. 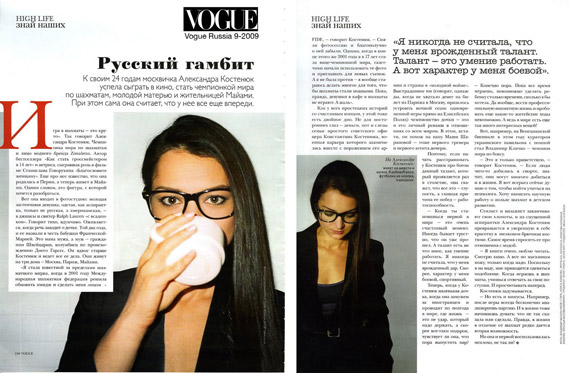