Darwin Laylo and Wesley So qualify for the World Cup

Zone 3.3 Chess Championship was played on 23-29th July in Ho Chi Minh City in Vietnam. This was a chance for players who didn’t qualify for the World Cup from the recently played Asian Chess Championship. Eight federations were represented: Indonesia, Japan, Malaysia, Mongolia, Philippines, Singapore, Thailand and Vietnam.

GM Darwin Laylo of Philippines dominated the tournament, having conceded only two draws in nine rounds, to take a clear first place with 8.0 points and rating performance of 2795. His compatriot GM Wesley So held the main opponent GM Nguyen Ngoc Truong Son from Vietnam to a draw with black pieces to finish on the second place with 6.5 points. Laylo and So are qualified for the World Cup.

WGM Munguntuul Batkhuyag from Mongolia won the Women event as expected. 2008 World Women Chess Championship participant was, with 2412 elo, rated much higher than the rest of the field. Munguntuul collected 7.5 points. 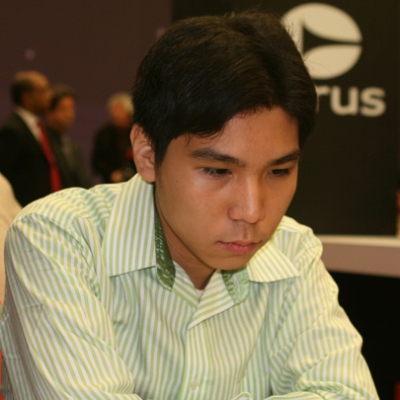