GM Alexander Onischuk takes the trophy in the main A-group

The 2010 SPICE Cup was held from October 28th to November 7th at the beautiful campus of Texas Tech University in Lubbock. This was the highest rated international invitational tournament in U.S. history to date.

To make the tournament a lot more exciting, the SPICE Cup committee has unanimously voted to adapt the following new rules for the A group:

- No draw offer allowed prior to move 30 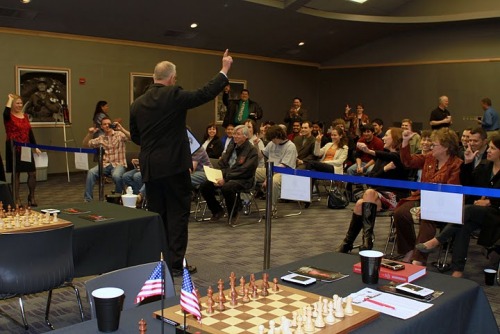 Detail from the opening ceremony

The main event saw an interesting chase between the former US Champion Alexander Onischuk and German talent Georg Meier. Meier enjoyed a one point advantage prior to the final act, but he couldn’t make more than a draw in the last round, while a crucial victory against the future star Ray Robson propelled Onischuk to the clear first place in the 2010 SPICE Cup GMA.

GM Anatoly Bykhovsky and IM Gergely Antal shared the first place in SPICE Cup GMB with 6.0 points each. This tournament was a 10-player round robin.

More information on the official website. Over 1.100 photos from the SPICE Cup 2010 are available from this list. 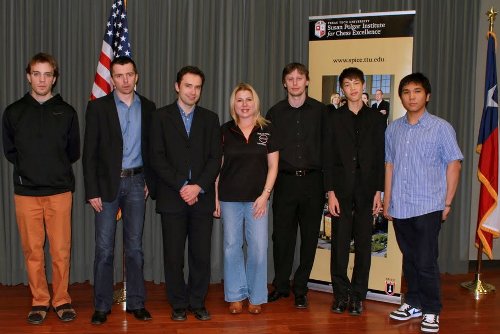 I am very happy with the fighting spirit at this year’s SPICE Cup. With the 3 point for a win scoring system and no draw offer allowed before move 30 in the A group, the intensity on all three boards was very high as anything could still happen in the final round. The outcome was only decided in the final game of the tournament. I am proud to be able to provide excellent playing opportunities for many players. The SPICE Cup will get stronger and better each year. The A group next year will be at least category 17.

Texas Tech University and the Susan Polgar Foundation are proud to support this important annual event. I believe that it is essential to build a solid chess culture in America. Since November 2007, the SPICE Cup has established itself as one of the most important and prestigious round robin annual events in U.S. history. I am confident that this will inspire more top level round robin events in the U.S. in the future.

The Texas Tech Knight Raiders also have the biggest success to date in the SPICE Cup, with GM Anatoly Bykhovsky (1st year student at Texas Tech) and GM-elect Gergely Antal (just graduated from Texas Tech) winning the B group. I am a strong advocate for chess and education. I realize that it is not easy for everyone to establish strong security as professional players. It is also not easy to receive proper chess training to maximize one’s chess ability and potential.

This is why I jumped at the opportunity of establishing SPICE (Susan Polgar Institute for Chess Excellence) at a major university like Texas Tech in 2007. Because of SPICE, we are able to offer players a fantastic college education while getting the chance to improve their chess with serious coaching. Last year, members of the Texas Tech University Knight Raiders chess team gained on an average 90 rating points per player while maintaining a 3.28 / 4 grade point average.

Last but not least, I would like to thank all our sponsors and supporters for making the SPICE Cup a success. 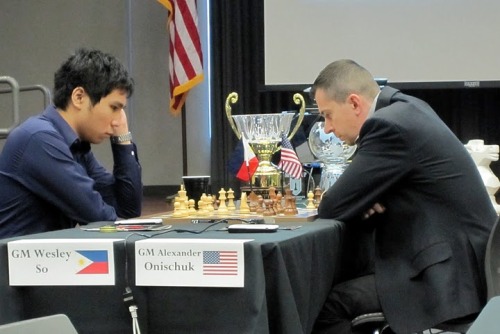 Wesley So and Alexander Onischuk 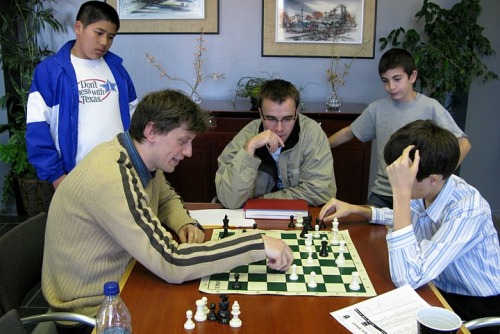 Support for the SPICE Cup

Multiple sponsors and supporters helped the 2010 edition of the SPICE Cup.

TTU Office of the Chancellor

TTU Office of the President

TTU Office of the Provost