Six-games match on 3rd and 4th December in Niš, Serbia

Former World Champion Anatoly Karpov continued the series of speed-chess events with a six-games match against IM Miroslav Miljkovic (elo 2506), which was played on 3rd and 4th December in Niš, Serbia.

The playing venue was in the Niš City Hall and the Mayor Miloš Simonović opened the match. The City of Niš sponsored the match, the Niš Chess Union was the technical organizer, and TV Bell Amie broadcasted the games live with 4 cameras and expert commentary by IM Zeljko Djukic and Serbian 2009 women champion Sandra Djukic.

Four games were played with the time control of 25 min+10 sec per player while the remaining two were blitz with 5 min+2 sec per player. Anatoly Karpov won the match with the convincing 5-1, but credit is due to Miljkovic who forced complications in several equal games.

The City Hall was packed with visitors, for the event which was recognized as one of the main cultural happenings of the season. 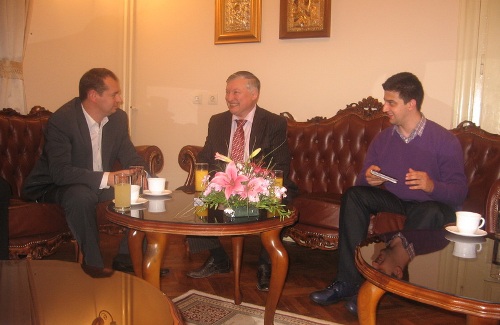 Mayor Miloš Simonović with the players 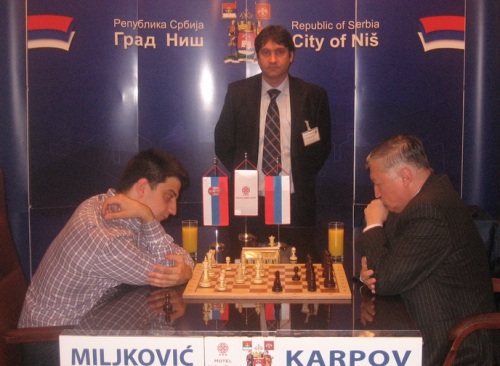 The start of the 2nd game 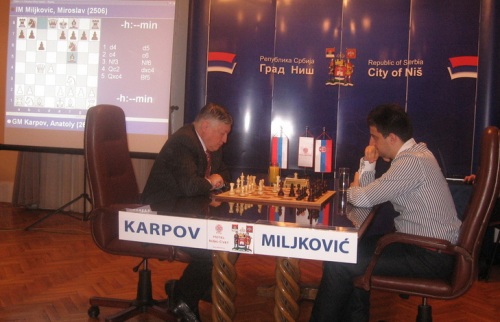 The 3rd game of the match 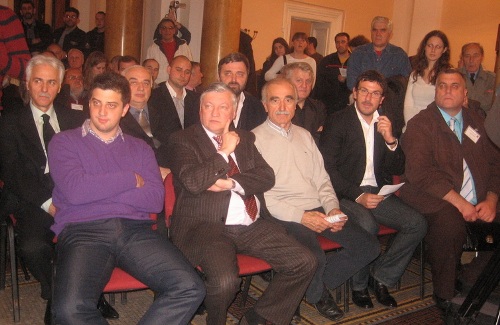 Detail from the opening ceremony 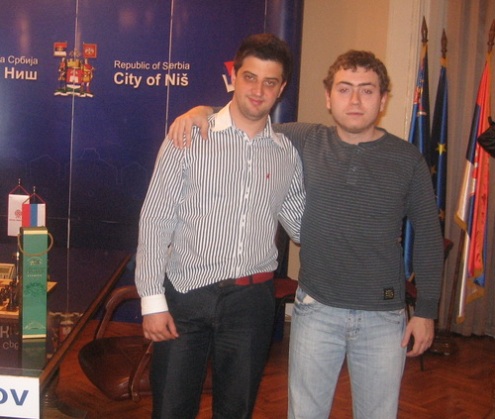 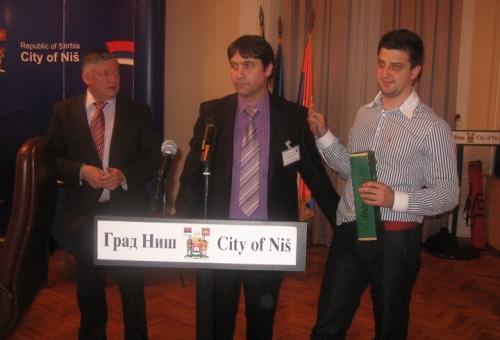 Detail from the closing ceremony