The third edition of Arad Open, an international chess tournament, is taking place from August 6th to 12th in Arad, Romania. The tournament, which has a prize fund of 4000 euro, is played according to Swiss System over 9 rounds. This year the venue of the tournament is the Concert Hall of the Culture Palace, one of the most representative buildings for visitors of Arad, where over time performed Richard Strauss, Bela Bartok or George Enescu.

The main open tournament has 123 participants from nine countries, and among them 7 Grandmasters and 5 International Masters. In addition, there are junior tournaments, U12 group with 34 players and U8 with 15 kids, who are having great fun chatting in between moves.

Roberta Anastase, the Speaker of the Chamber of Deputies of Romania, visited the tournament to greet the players and make the honorary first move on the top board. 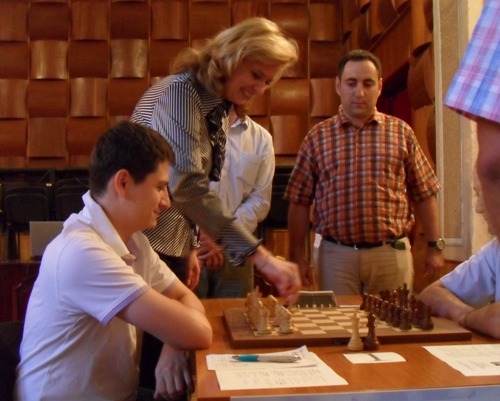 Roberta Anastase making the first move on the top board 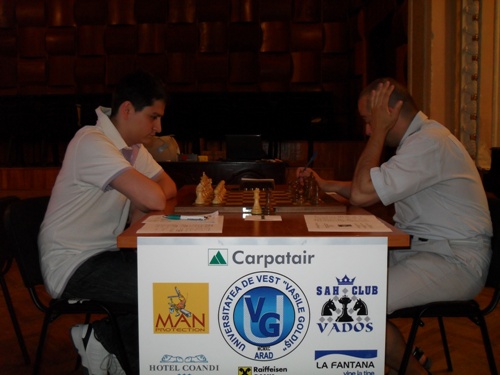 After six rounds, Grandmasters George-Gabriel Grigore and Vlad-Cristian Jianu, who drew each other in today’s game, are sharing the first place with 5.5 points each. But it’s not a smooth sail for all of their colleagues – GM Levente Vajda and GM Vladimir Sergeev were defeated against Ladislau-Endre Kelly and FM Paul Rusan respectively. 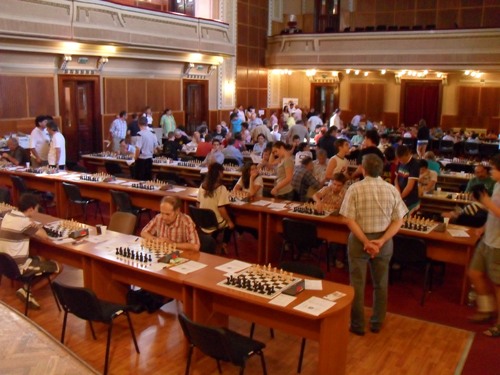 The playing hall inside the Culture Palace of Arad 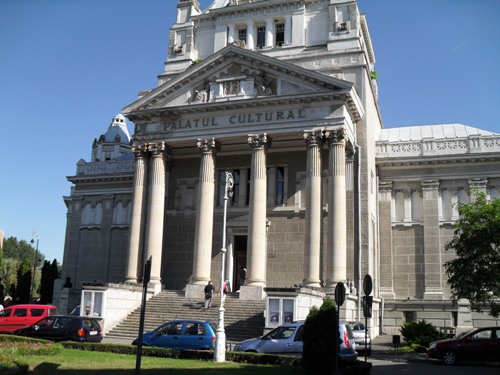