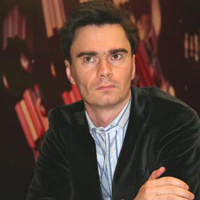 The 2010 Arctic Chess Challenge is taking place from 31st July to 8th August in Tromso, Norway. The 9-round open tournament gathered 164 players from 36 countries, competing for the prize fund of total 13,850 EUR. Tromso is also bidding to host the 2014 Chess Olympiad.

All the top Grandmasters had an easy cruise in the first round, with exception of Normund Miezis who was defeated by Eric Vaarala, rated as number 101.