November 29 to December 8 in the city of Americana, Sao Paolo

The 77th Campeonato Brasileiro de Xadrez is taking place from November 29 to December 8, 2010, in the city of Americana / Sao Paolo. The playing venue is “SmartMall” near the ecological park of Americana. 12 players compete in the round robin tournament and the prize fund is R$10.000.

Grandmaster Giovanni Vescovi is pushing strongly in an attempt to win another title of the national champion, as promised in an interview for Chessdom.com last month. His main competitor is GM Alexander Fier, who had the equal score with Vescovi before stumbling against FM Jatoba in round eight. Vescovi is now first with 6.5 points while Fier remained half a point behind.

IM Di Berardino, currently third with 5.5 points, can still mess up the plans of the leading duo. He is set to play white pieces against Vescovi in the next round. 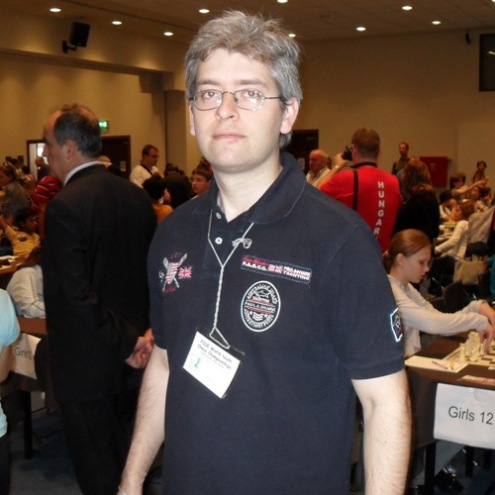