Expectations in Russia, scandals in Romania, hopes in Namibia, and news from Mongolia, all this going mainstream before the Chess Olympiad 2010.

All news about the Olympiad here / Participants 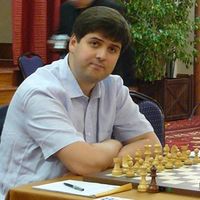 Russia is a country with 5 teams competing at the Chess Olympiad in Khanty Mansiysk – 3 men teams and 2 women teams. Officials from the teams commented, “Certainly, the Russian Chess Federation expects only the best results from us. Russia 1 and 2 are very good: the first comprises the well-known grandmasters, while the second is represented by young champions. The coaches want all the players to demonstrate their best skills. We`d like both teams to be in top 3.”

More about the Russian teams here 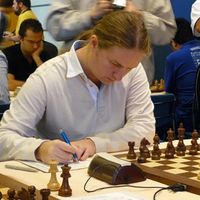 Romania without a men team at the Olympiad

A scandal errupted in Romania just a few days before the Chess Olympiad. Liviu-Dieter Nisipeanu, Andrei Istratescu, Constantin Lupulescu, Mircea Parligras and Vladislav Nevednichy have decided to skip the event due to a financial dispute.

More about the conflict will be published later, there is a document in Romanian on the federation website.

The Romania men team were 18th seeded at the Olympiad, with average ELO 2633, which gave them high hopes for top 10 finish. Also, they were considered one of the most dangerous teams to play with, able to spoil the medal hopes of any opponent.

Mainstream media in Namibia is excited that the country chess team will feature national colors in Khanty Mansiysk. A team of five players will represent Namibia at the 39th Chess Olympiad scheduled to be held in Khaty-Mansiysk, Russia from 20 September to 4 October. Max Nitzborn, President of the Namibia Chess Federation (NCF) said that it was the first time that a team was leaving the country to compete with official national colours.

“All the top chess players were there and then we selected the top five players from that event,” Nitzborn said. The team consists of Leonhard Meuller, Max Nitzborn (team captain), Otto Nakapunda, Charles Eichab and Simon Shidolo as the reserve.

“Simon and I are going to compete for the first time and the other three guys have participated in the Olympiad before. Our main aim going to the competition is to get medals, hopefully we will be able to do that.”

The team will travel without a team manager due to financial constraints.

“Ideally we would like to travel with a manager, but this year we are unable to do that,” he added.

One of the participants going to Russia, Charles Eichab was very confident about the team’s chances.

“We have a very good team now with a mix that includes up and coming players,” Eichab said.

“We have the capacity to top the category we are in which has between 30 to 40 countries competing. Last time we missed out on the category gold medal by just one point in Dresden,” Eichab continued. 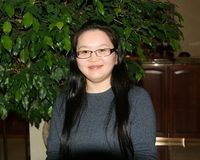 Media in Mongolia inform about Mongontuul

Mainstream media in Mongolia are happy that the country’s strongest women player will participate at the Chess Olympiad. “Mongolia’s top ranked chess player B.Mongontuul and winner of the World University Championship will compete in the 39th Chess Olympiad to be held in Khanty-Mansiysk city, Russia from September 19 until October 4, 2010. In addition after the chess Olympiad B.Mongontuul will take part in the FIDE Women Grand Prix to run in Chile between October 27 and November 9, 2010.”

All reports about the Chess Olympiad here