Option to enhance cooperation between ECU and UNESCO discussed

On 14-th of September 2010 in Paris, the candidate for President of the European Chess Union, Mr. Silvio Danailov met with the Director-General of the United Nations Educational, Scientific and Cultural Organization, Mrs. Irina Bokova.

During the meeting they discussed various options for enhancement of the cooperation between UNESCO and ECU. 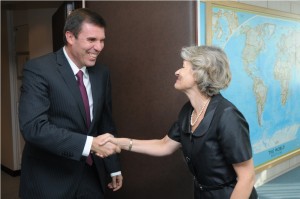 “Besides being a popular sport, the game of chess is also science, education and part of the cultural heritage of the European nations. Driving the expansion of cooperation among the nations in these fields is the main objective of UNESCO as well. Because of that I see a lot and various possibilities for cooperation between us, if I become the new President of the European chess.”- said Mr. Silvio Danailov. 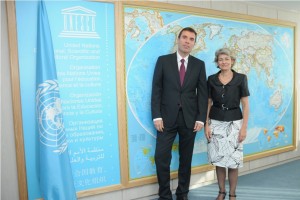 The Director-General of UNESCO, Mrs. Irina Bokova expressed her support for Danailov’s vision for the future of the ancient game and the cooperation between the two organizations.