Headquarters to be established in Belgrade, Serbia

The President of ECU is entitled to finalize the negotiations with the City of Belgrade on leasing the offices without charge.

Sava Stoisavljevic, the Secretary General of the ECU, is responsible to prepare for the next meeting of the ECU Board the proposal of the description of the tasks that the nominated Executive Director is supposed to carry out.

By the decision of the Board, Dirk de Ridder will still hold the post of the Tournament Director.

Important! Until the establishment of the new office of the European Chess Union, all members of the federation and the concerned parties are kindly asked to contact the ECU office via e-mail sava.stoisavljevic@yahoo.com or the mobile phone of the Secretary General Sava Stoisavljevic (381) 64 333 33 16. 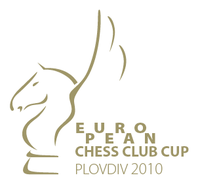 Ilyumzhinov and Danailov in Plovdiv

The opening ceremony of the European Chess Club Cup will be held in the “Novotel” Hotel in Plovdiv on 16th October, beginning at 8:00 p.m.

FIDE President Kirsan Ilyumzhinov and ECU President Silvio Danailov confirmed that they will be present at the opening ceremony of the European Chess Club Cup in Plovdiv. This meeting will be an excellent occasion for Ilyumzhinov and Danailov to discuss for the first time after the elections the future cooperation between FIDE and ECU.