A Dan Dzo with a new victory, the other match decided by phone ring

The traditional chess tournament “Femida – Cup of Governor of Kharkiv region – 2010″ is being played from November 23rd to November 26th at the Palace of Students of the National Law Academy of Ukraine named by Yaroslav the Wise.

A Dan Dzo – PGMB continues the victorious row by defeating PVK – Kievchess in the second round of the tournament. Baadur Jobava cleverly earned the exchange from Ruslan Ponomariov and then brought the advantage home. On the second board Anton Korobov stormed over Areshchenko’s Gruenfeld Indian and converted into the second point for A Dan Dzo. Grandmasters Miroshnichenko and Volokitin hung the pieces all over the third board in an extremely interesting game which eventually ended in a draw. Yuriy Kuzubov could only narrow the loss down to minus one.

The clash between Rovenskie lesnie zubry and Law Academy was marked with Nazar Firman’s phone ring, which immediately forfeited him the game. It turned out that this was the decisive point in the match as the remaining three games ended in draws, thus handing the 2.5-1.5 victory to Rovenskie. Replay the selected games bellow. 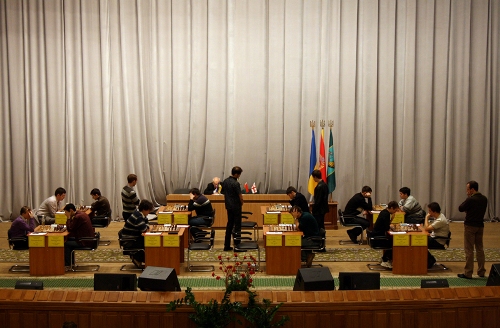 View on the playing hall (All photos courtesy of Anastasia Karlovich) 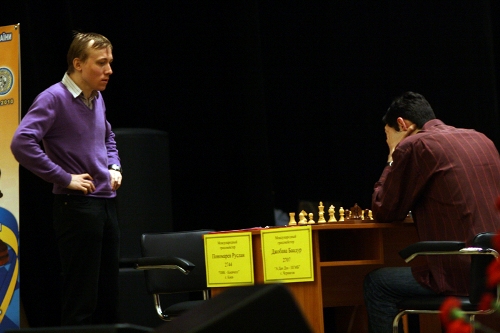 Ruslan Ponomariov onlooking while Baadur Jobava is contemplating his next move 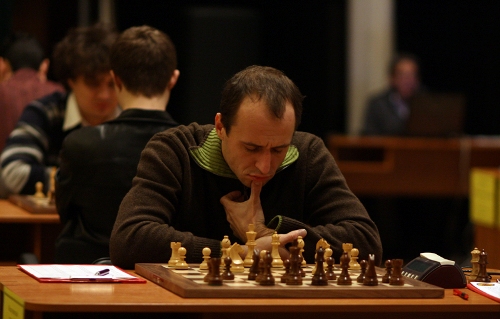 See also the round one report. The tournament continues with round three games, which can be viewed live on the official website. 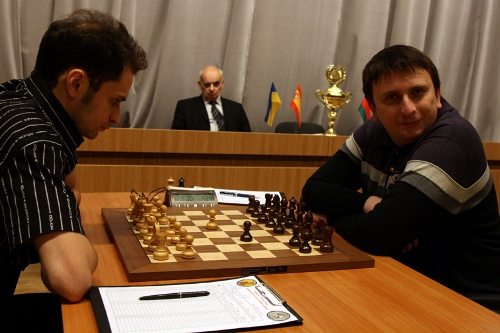 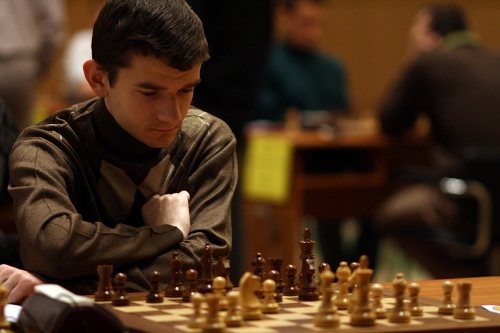 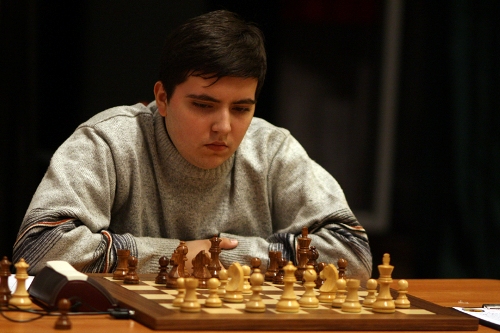 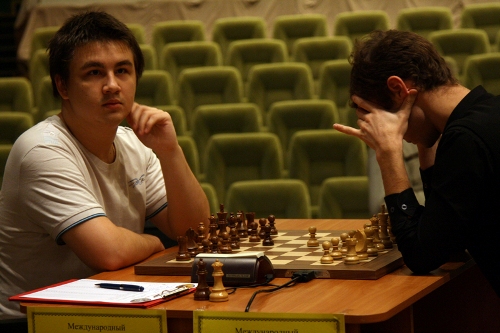 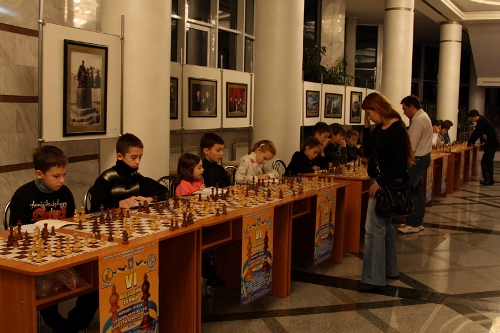 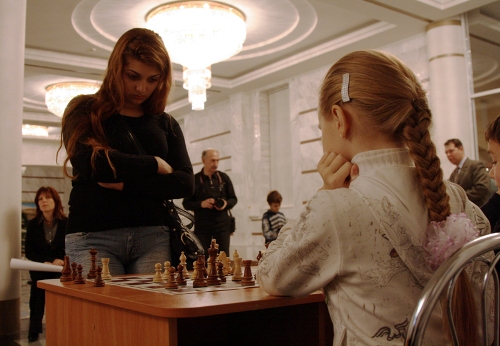 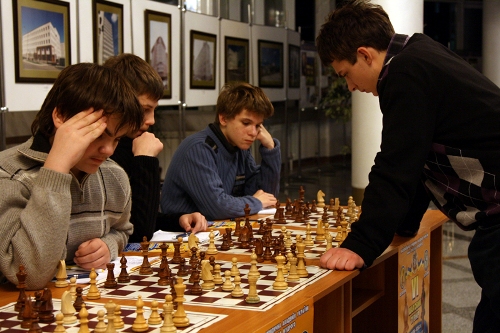 IM Alexander Ipatov during the simul 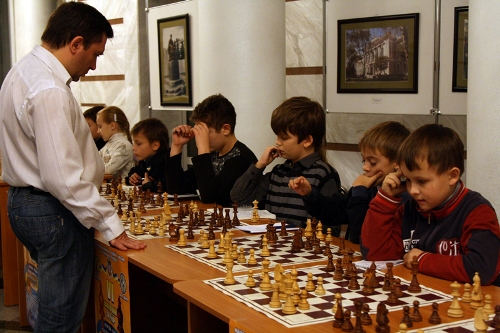