The announcement of the FIDE titles awarded by the Presidential Board penetrated mainstream media in multiple countries. GM, IM, WGM, and WIMs were praised for their achievements in newspapers, online editions, and TV stations. 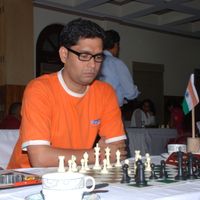 Currently the country has 21 Grand Masters and 65 International Masters, headed by the World Champion GM Viswanathan, who is going to play Corus 2010 from January 15th and later will clash with Veselin Topalov for the WCC title.

The news can be found here, here, here or even in Latin America here among more than 50 news releases.

The promotion of WIM Katrine Tjølsen was also a celebration for Norwegian chess. Led by the current success of Magnus Carlsen and Jon Ludvig Hammer, Norway chess is growing both in popularity and strength.

As bergensjaak.no informs, the 16 years old Katrine Tjølsen is the fifth WIM in the country, after Ingrid Dahl (no longer active), Ellen Hagesæther, Sheila Barth Sahl and Silje Bjerke.

The Wikipedia community was also fast citing the FIDE news, noting her success at the U16 championship and the norms at Benidorm open and Arctic Chess Challenge.

WGM Ananstasia Savina has been looking for the final norms and the title for a long tima and finally she has achieved it, an event covered in details by Chess Moscow and e3e5.com and other Russian media.

Born in 1992, Anastasia Savina is one of the top female Russian talents. She is the N2 U18 female chess player, and 45th in the women world rating list.

The Chessdom.com commentator Iva Videonova rocked the Bulgarian media with more than 30 news releases, including on the national TV channels with her WIM title achievement. WIM Videnova will soon be joining us for more live commentary of Corus and Linares 2010.

The news about Videonova is here, here, and here among other sources.