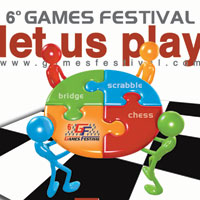 The Games Festival 2010, including the ECU offcial events European School Chess Championship and European Senior Chess Championship, as well as Thessaloniki Open 2010, started in Greece. With close to 500 players and a 5 star playing conditions it is one of the largest chess festivals of Europe. 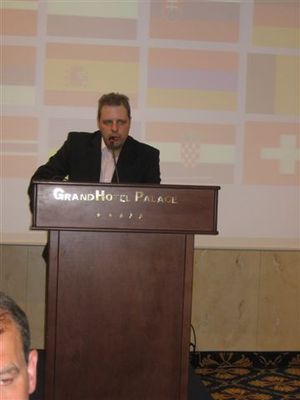 The tournament director of Games festival and marketing director of ECU, Theodoros Tsorbatzoglou, at the opening ceremony of the festival 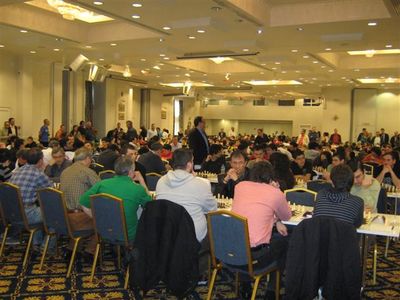 The playing hall of Thessaloniki Open

The European School Chess Championship 2010 is also underway in Thessaloniki. It is typical for youth events to see surprises at all groups, but the European School Championship’s major surprise was that all favorites won their games. In the U17 groups the top boy and gil participants Zurab Javakhadze and WIM Meri Arabidze won their first round games. Mikhail Chernyuk (Open U15) as well as Liubov Kostitsina and Sanal Vahap (Gilrs and Open U13) were also among the top board winners of the round. The young Hungarian FIDE master Gledura Benjamin and Irina Drogovoz ruled the U11 groups, completing a successful “warm up” round for the favorites. 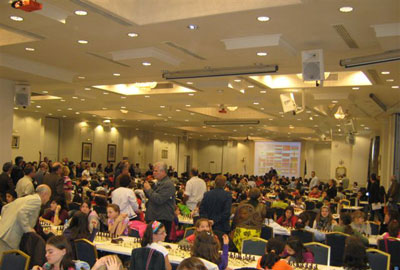