Arkady Dvorkovich is receiving strong internal support regarding the events of May 14th. The World Champion Alexandra Kosteniuk sent a letter backing the actions of Dvorkovich. The support of Kosteniuk comes only a few days after the expressed support by the Former World Champion Vladimir Kramnik. Both are published at the Russian Chess Federation official site, here is a translation in English of the letter of Kosteniuk.

Support for Dvorkovich by Alexandra Kosteniuk

Dear fans of chess, chess figures, and all who care about the fate of the Russian Chess Federation and chess life in Russia!

During the World Chess Olympiad, from 19 September to 4 October 2010 in Khanty-Mansiysk, will be held presidential elections in FIDE. At the moment the desire to run for the post have stated Kirsan N. Ilyumzhinov and Anatoly Karpov.

During any political game, especially when the fight will come two strong candidates, we learn many new, often distant from the objectivity, things. Because of the elections, the work of the whole of the Russian Chess Federation is threatened. In light of the forthcoming World Chess Olympiad this is a cause for concern, since the successful performance of the Russian team in this competition is directly dependent on the work of RCF.

As a chess professional, world champion, and leader of the Russian national team in recent years I have been an interested witness of life of the Russian Chess Federation and was able to communicate and work with all officials of the federation. On my proposals, regarding the issues of organizing and paying taxes, people who work in the Federation, and who is now trying by all means to stay at the helm, only were giving promises. For more than a year (until April 2009), I get no support from the federation for my training camps, under the pretext of lack of money. Often the impression was that work is done not for the players, but for the bureaucrats.

In connection with the foregoing, I must say that if it were not for Arkady V. Dvorkovich, I would not dare to return to professional chess at the end of 2007 and to bring Russia the women’s chess crown in 2008. Also, I would not be able to play for the Russian national team in October 2009 and to bring to Russia the second European team gold since Dvorkovich was the only person from all Chess Federation, who was always willing to try dealing with the given situations.

After the restructuring of the Russian Chess Federation in February this year, I believe that the change of government will only improve the work of RCF. Negotiations with the new leadership of the federation for Olympic preparations and the presentation of the supervisory board, which took place under the leadership Dvorkovich, for the first time in many years gives hope that finally RCF is a strong open structure, and to participating in a combined team of Russian chess is not only prestigious, but also profitable.

But all these hopes are now at risk because of the actions of people who say they work for the benefit of chess, but in fact, their only purpose is their desire to remain in power. Therefore, I would like to support the position Arkady V. Dvorkovich and encourage people who are not indifferent to the future of chess in Russia, to soberly assess the situation, try to find compromises, and not to destroy what there is by building castles in the air.

More on the topic

I will never work with Karpov – interview with Arkady Dvorkovich 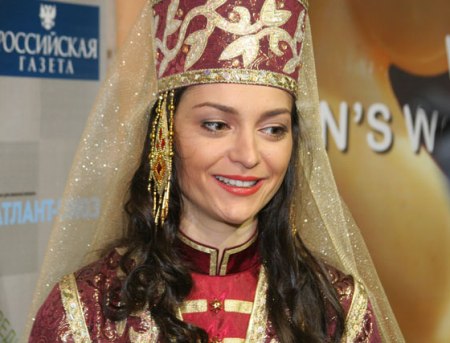