The 1st Cento Open concluded today with the trophies being awarded at the central stage of the European Carnival and in front of thousands of cheering visitors. The top three games finished in draws, and thus three players shared the first place with 7 points each.

The world-class Grandmaster and top seed in Cento, GM Alexey Dreev, was declared the champion on best tiebreak score. The second place goes to GM David Alberto, who was the sole leader through the middle of the tournament, and GM Roland Salvador claims the third after the crucial victory against GM Elina Danielan in the penultimate round. 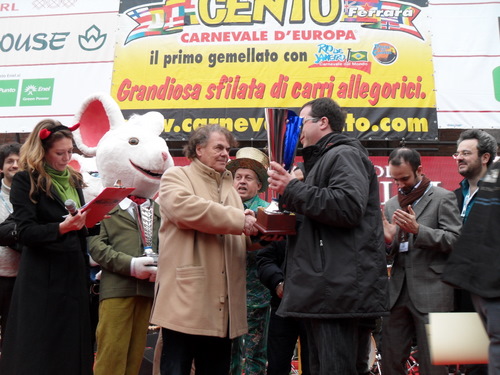 GM Alexey Dreev receiving the trophy from Mayor of Cento 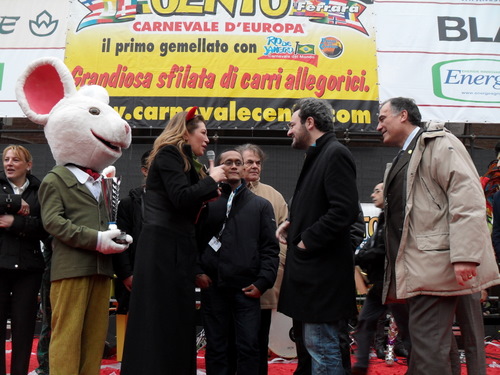 Grandmasters Ivan Sokolov and Michele Godena used the advantage of white pieces to win the last round matches and climb to 6.5 points and shared 4th place. The top 20 finishers, top 7 Italian players and top 5 in each rating group were awarded with money prizes, from the fund that amounted to 26.000 EUR.

The final day of the chess tournament coincided with the opening of the European Carnival. The trophies were given on the stage on the Cento central square in front of thousands of people and dozen of TV cameras. The winner Alexey Dreev was teased that he will have to do the belly dance together with the Brazilian troop. For the moment he seemed genuinely worried and said that he can’t dance. To his great relief, he was only supposed to shake hands with the TV announcer. 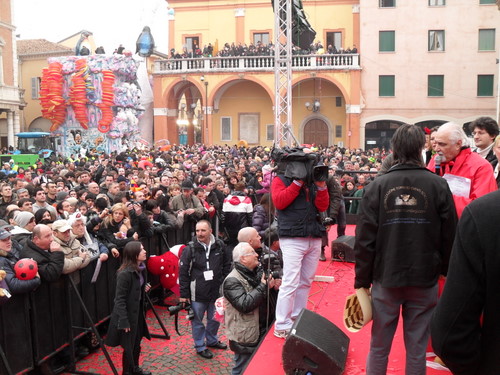 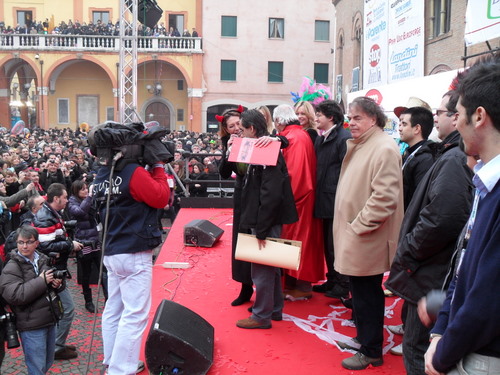 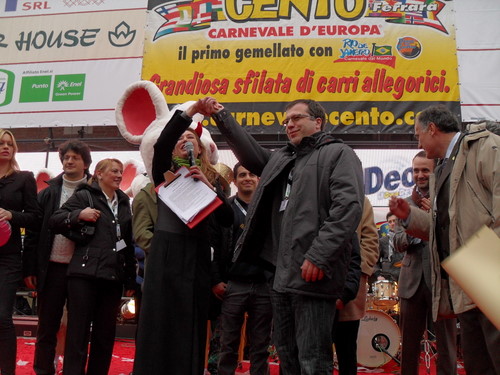 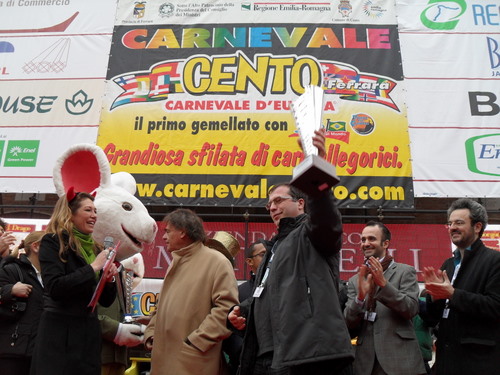 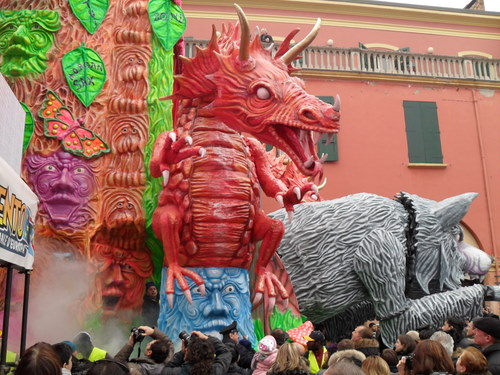 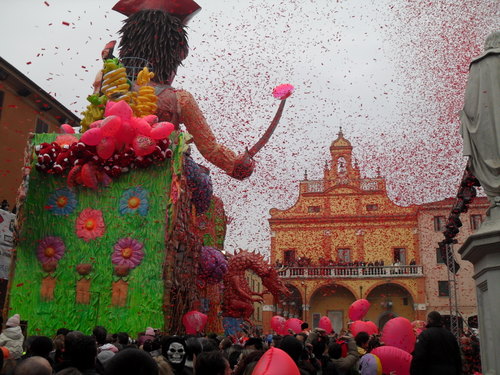 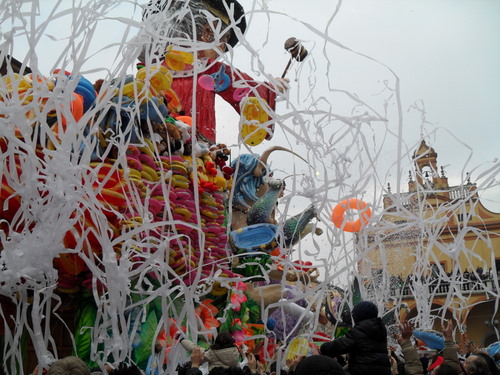 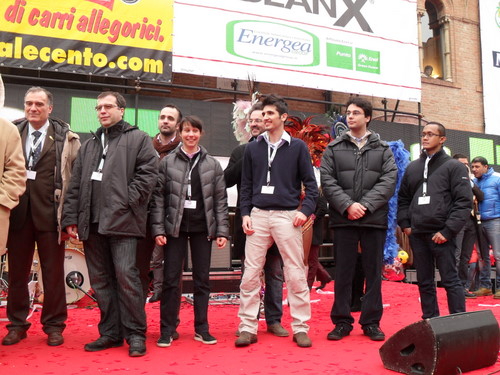 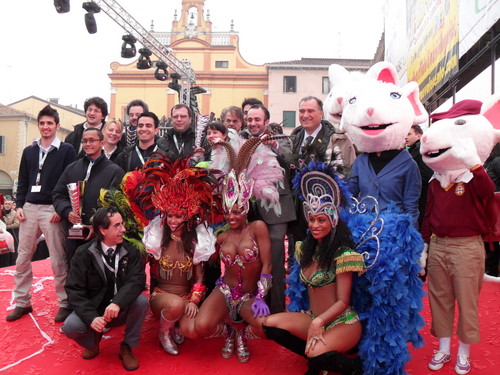 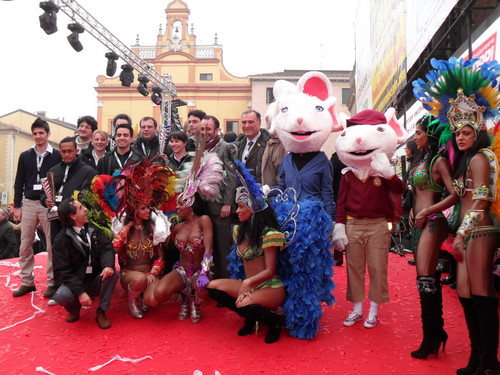