The Azerbaijan Chess Federation selected the players which will represent the country at the World Chess Team Championship 2011 in Ningbo, China.

The event will be held from July 15 2011 (arrival) to July 26 2011 (Departure) at the playing venue in New Century Grand Hotel Ningbo. The championship will be played using a 9 round, round-robin system.

Azerbaijan qualified as gold medalist from the 2009 European Championship which was held in Novi Sad, Serbia. Incidentally, President of Azerbaijan Ilham Aliyev is visiting Novi Sad on the day of the team announcement. 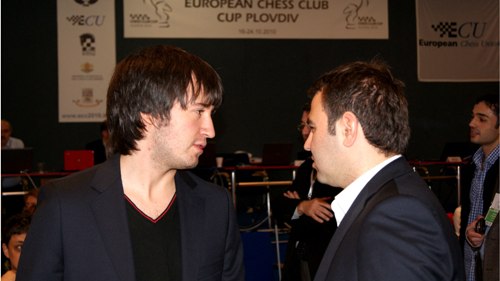 Vugar Gashimov returns to the team after skipping the Chess Olympiad in Khanty-Mansiysk due to a conflict with the national chess federation and former team coach Zurab Azmaiparashvili.

Shakhriyar Mamedyarov, Teimour Radjabov, Rauf Mamedov and Gadir Guseinov are the regular players who will once again line under the national flag.

The Captain is GM Vladimir Tukmakov who led Ukraine to winning the gold medal at the 2010 Chess Olympiad. He recently resigned from this post and took to manage the Azerbaijan team.