Russia singled out on the top, Israel 1 and Montenegro follow

The team of Russia has taken the front rank in the 5th round of the European Senior Teams Championship after beating the co-leaders from Denmark. GM Nikolai Pushkov, coming fresh after taking a break in the previous round, gave an early lead to his team with a full point on the 3rd board. His colleagues maintained the control and earned a 3-1 victory.

Russian progress was helped by Montenegro, who defeated Italy by convincing 3.5-0.5. IM Ljubo Zivkovic and GM Sergio Mariotti were the only to make a draw and then GM Bozidar Ivanovic won on the top board in his well known attacking manner. The other two players followed the suit and increased the score. 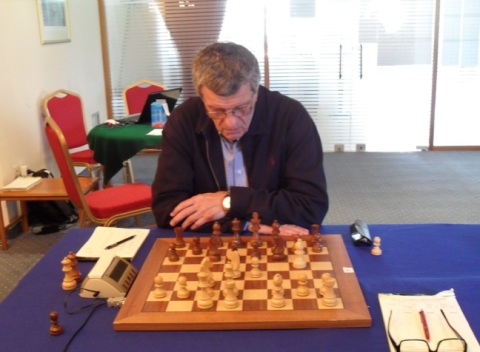 Israel 1 grabbed a 2-1 lead against Scotland and IM Craig Pritchett remained on the line trying to equalise the match. But GM Mark Tseitlin, although under pressure, managed to take a draw and cement his team’s overall victory.

Catalonia stunned Finland and won 3-1, while Germany beat Niederoesterreich by 3.5-0.5.

Russia is leading with 9 points, Israel 1 and Montenegro follow with 8 points each. Top round 6 matches are Russia – Israel 1, Germany – Montenegro, Italy – Catalonia and Switzerland – Denmark 1. 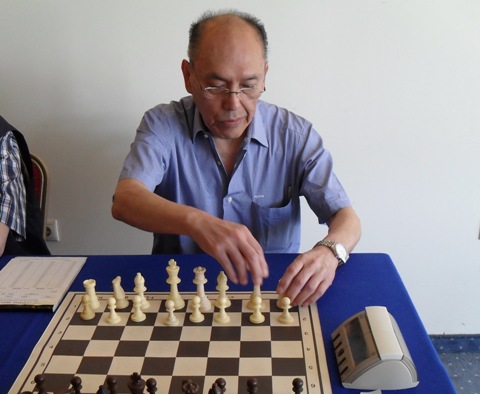 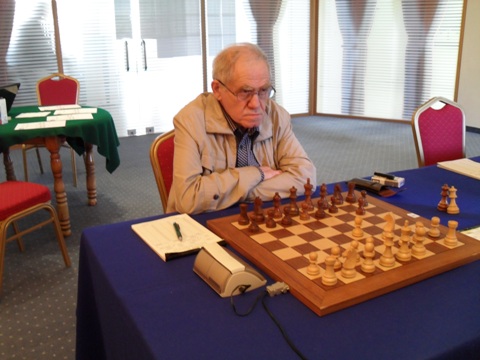 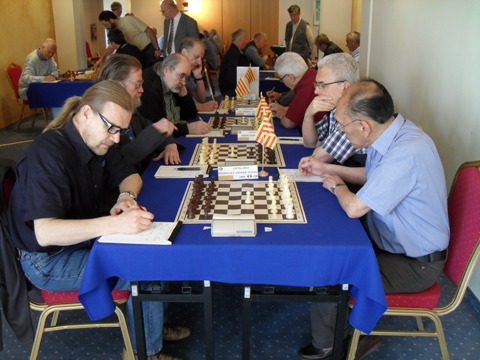