The All India Chess Federation selected the players which will represent the country at the World Chess Team Championship 2011 in Ningbo, China, FIDE Vice President and AICF Secretary D V Sundar confirmed for Chessdom.

The event will be held from July 15 2011 (arrival) to July 26 2011 (Departure) at the playing venue in New Century Grand Hotel Ningbo. The championship will be played using a 9 round, round-robin system. 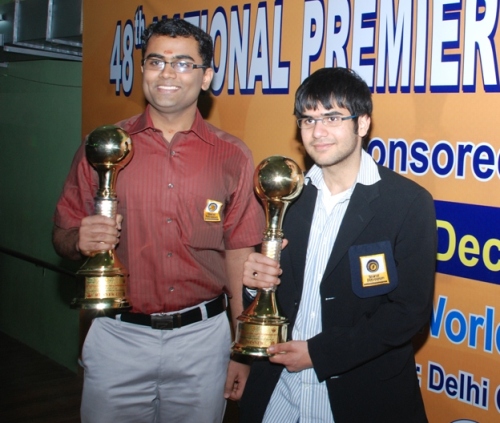 Gopal.G.N. and Parimarjan Negi with trophies from the 2010 India Premier Championship