Top seed Sergey Tiviakov, European champion of 2008, won the main group of the Open Norwegian Championship 2011 in the charming small town of Fagernes. The tournament was part of the first edition of the new “Norsk Sjakkfestival” which was held during the Easter week.

Fagernes will now possibly take over as a major Norwegian chess site, according to the plans of organizer Øystein Brekke. The tournament was also the 40th Open Norwegian Championship. From the beginning in 1970 and for a long time these were organized in the great Norwegian chess arena Gausdal. At the Quality Hotel & Resort Fagernes the conditions are even better than at Gausdal.

Meanwhile it is also right to see this year’s festival as part of the process in Norwegian chess towards the 2014 Chess Olympiad in Tromso, and the same year’s 100th anniversary of the Norwegian Chess Federation.

Sergey Tiviakov seemed to keep very good control in the tournament, winning his white games when he needed. Defeating Sweden’s veteran GM Lars Karlsson (born 1955) in the 7th round turned out to decide the outcome. Five other GMs from the same number of countries tied for 2nd to 6th prize.

Many young players made a good performance, amongst them the Norwegians Aryan Tari and Sebastian Mihajlov, both still only 12. Eric Vaarala of Sweden (born 1993) won the prize as the best player rated 2150 to 2299, and Anders Thingstad of Norway the same rated below 2150.

Nevertheless also some veterans showed up well, and we must mention Heikki Westerinen of Finland (66) who was once again a very popular guest. Even no Norwegian player has participated in so many international tournaments in Norway as Heikki, who was also a co-winner of the first Open Norwegian Chess Championship back in 1970.

The first chess festival in Fagernes had a varied program with tournaments for all levels of players, with a total of 257 participants. In addition there were several lectures on history and other chess subjects. The second “Norsk Sjakkfestival” will take place at Fagernes in 2012, from April 28 to May 5. 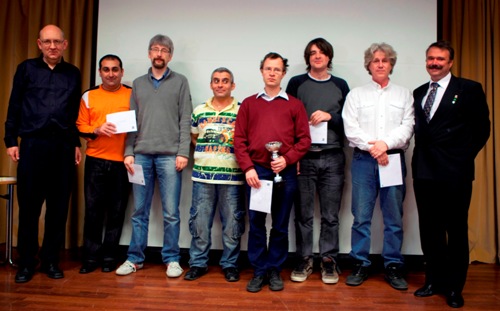 Results of the Open Norwegian Champinship 2011 in Fagernes:

Complete results, games, and photos you may find on the festival web site. 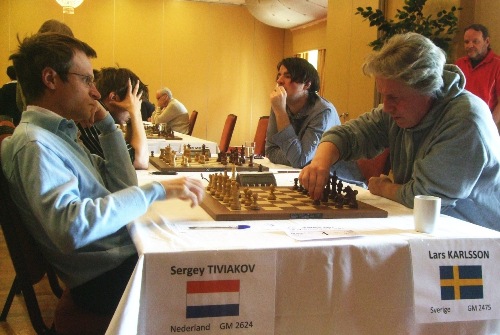 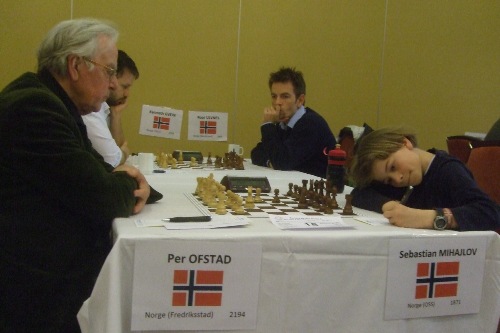 A game of generations: Per Ofstad (76) (left) was Norwegian junior champion of 1951 and Norwegian champion of 1961, here playing the also talented Sebastian Mihajlov (12) of Oslo Schakselskap 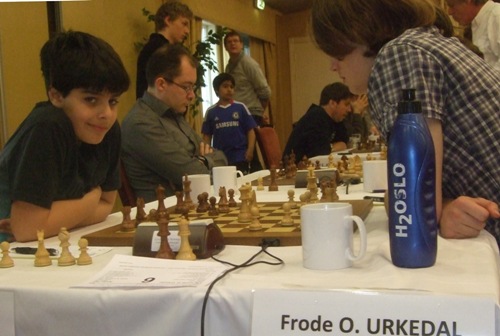 Norwegians for the future: Aryan Tari (12) was able to draw against Frode Olav Urkedal (17) who is already an IM, but got the title award a bit belated due to a late report 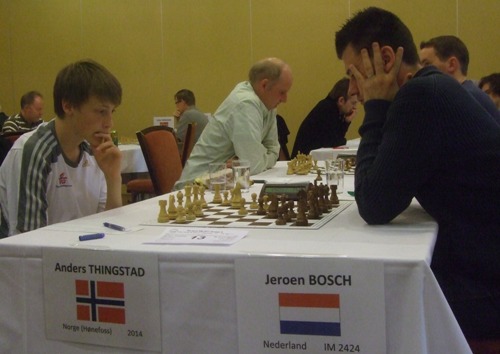 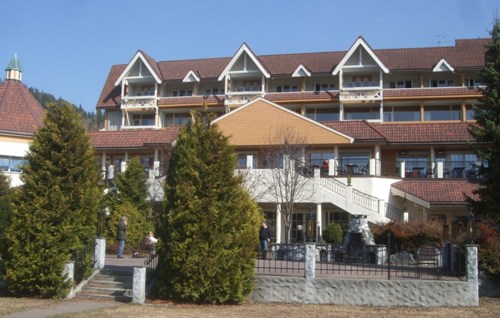