Chennai is planning to invest 200 million rupees (approximately $ 4.5 million) in the match. It should be noted that by now FIDE has already received a bid from the Russian Chess Federation.

Kirsan Ilyumzhinov also visited the Russian Cultural Center, where he gave the press conference which aroused great interest among the Indian mass media. It is remarkable that the eight-year-old Viswanathan Anand took his first chess lessons in this Center. 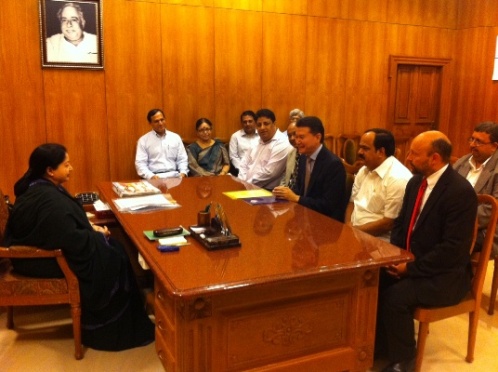 The World Chess Championship 2010 between Anand and Topalov had an increase of interest by at least a full order of magnitude reaching to a large online audience (5 million unique visitors to official site, daily hundreds of articles plus main page appearance on Google news, main page appearance on Wikipedia, etc.), while official media partners covering the match scored fantastic results (ex: Chessdom.com received over 1,5 million unique visitors and 15M page views for the duration of the match). More details on the WCC 2010 media success here.

Chennai (known as Madras till 1996) is the capital city of the Indian state of Tamil Nadu. It is the fourth most populous metropolitan area in India and it is also the world’s 41st largest metropolitan area. Chennai is on the southeast coast of India in the northeast of Tamil Nadu on a flat coastal plain. Its average elevation is around 6.7 m and its highest point is 60 m.

The Marina Beach runs for 12 km along the shoreline of the city. Chennai has a tropical climate, specifically a tropical wet and dry climate. The weather is hot and humid for most of the year. 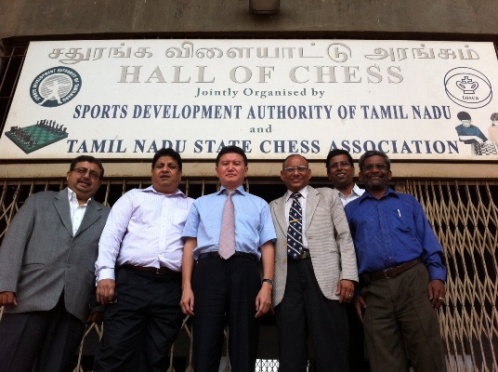