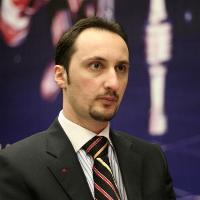 Chessdom.com has received a telephone call from Silvio Danailov with interesting information. Topalov’s manager claims that his client has not signed contracts for the match with Kamsky, nor for the World Mind Sports Games scheduled to take place this year in Beijing.

“Following the information that was published these days on your website, I have to inform that Topalov has not signed yet the contracts for the match with Kamsky. One for the WMSG in Beijing is also not present,” said Danailov. “The only sure participations for Veselin Topalov are in Villarrobledo and in the Grand Slam Final.”

With the FIDE President Kirsan Ilymzhinov guaranteeing the money and Lvov starting preparations for the match everything seemed calm. However, the call from Danailov brings up more questions about the status of the match. Topalov’s manager did not want to reveal more information in the short telephone call and confirmed he will say more after Villarrobledo is over.

In an official letter to Chessdom.com, FIDE has updated the status of the Topalov – Kamsky match several hours after the news above was published. “Kindly note that neither Veselin Topalov nor Gata Kamsky has signed a contract regarding the Challengers’ Match. The only reason is that the contract has not yet been finalized with the Organizers although we are hopeful that this will be done within the next two weeks,” says the letter. Stay tuned for updates!