Top-seeded players qualify for the second round, number of matches to be decided in tiebreaks

Note: Tiebreak starts on Monday 11:00 CET, games will be here with analysis, the tiebreak rules are at this article.

The first round of the 2009 World Chess Cup finished on Sunday. Many players have qualified for the next stage by winning the mini-matches with classical time control, while the remaining scores will be settled after tomorrow’s rapid tiebreaks.

14 top seeded players have progressed to the next round by winning against lower rated opposition without much difficulty. However, GM Sergei Movsesian was eliminated by Chinese Yu Yangyi, while Leinier Dominguez Perez drew both games against Australian hope David Smerdon.

Filipino GM Darwin Laylo shocked the 2700-club member GM David Navara by winning the second game and equalizing the score to 1-1. Laylo’s compatriot Wesley So was in reversed situation, after winning on day one against Gadir Guseinov, he blundered in the second game and this match goes into tiebreaks as well.

In general, there were many interesting results and players coming back to life after being 0-1 down. Vladimir Baklan beat Alexander Shabalov, Vadim Milov eqalized against Parimarjan Negi, Ernesto Inarkiev won against Jan Gustafsson and Pavel Tregubov rose against Varuzhan Akobian. All these players will enter the playing hall on Monday to fight for the qualification in rapid games.

Sergey Fedorchuk surprised the favoured Ivan Sokolov and escorted him home with a clean 2-0 win. Laurent Fressinet achieved the same score against Russian hope Sanan Sjugirov, as well as Asian champion Ganguly Surya Shekhar in the match against Anton Filippov. 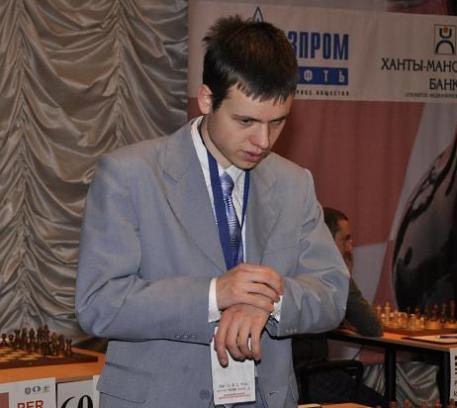 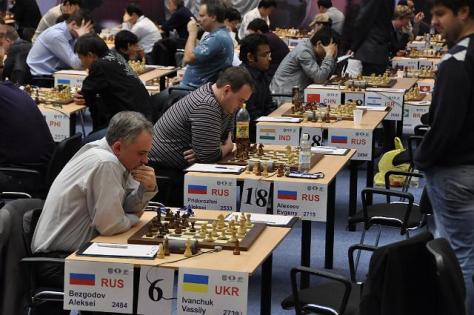 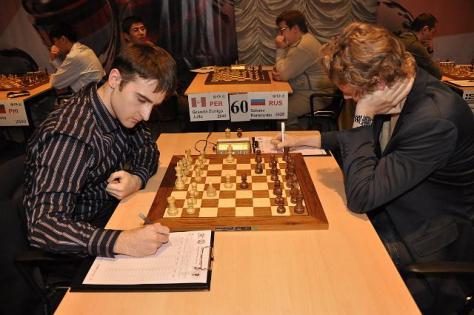 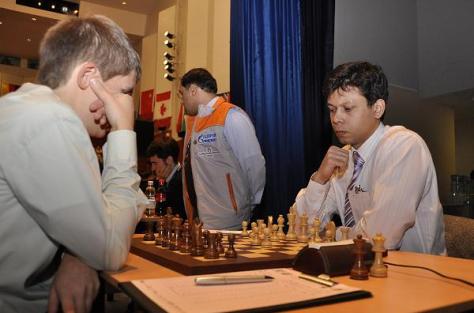 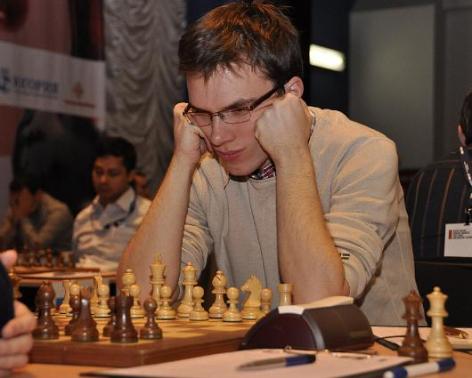 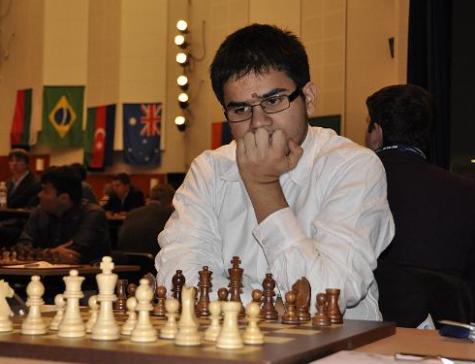 Tomorrow LIVE on Chessdom (14 CET): Veselin Topalov vs Vassily Ivanchuk. See you there!

All news about 2008 Mtel Masters

In the first round of this year Mtel Masters, Vassily Ivanchuk presented us with wonderful lesson on pawn endings and play with compensation for material. He snatched the offered pawn with cold blood, giving an exchange in the process, and even spoiled his own pawn structure just to make a Queens’ swap. White weaknesses, however, proved to be more significant, the Bishop was lacking breathing air and pawns were poorly placed. Teimour Radjabov is not really a patient defender, he will rather seek for counterplay, so he quickly returned the exchange to find some activity. Ivanchuk forced him with 37…c6! to transpose to the pawn ending (Rook retreat was bad because Knight jumps on c5), which turned to be lost for white after the key move 40…h5! 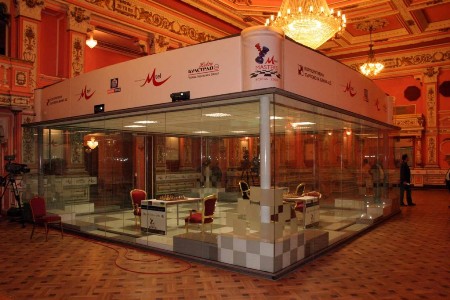 Levon Aronian leading white pieces has been particularly unpleasant for Veselin Topalov, having beaten him in Corus, Linares and Melodi Amber. Well, it looks like the spell has ended today. Topalov quickly equalised in the opening and 17…Bxd4! even gave him upper hand because his central passed pawn was constant distraction for white pieces. Then the Queen and Knight started doing wonders on the kingside, forcing Aronian to allow new weaknesses in his position. After a beautiful and precisely calculated combination with temporal Rook sacrifice, Topalov finally reached a winning endgame.

Ivan Cheparinov and Bu Xiangzhi had a discussion in the Naidorf Sicilian, and soon Bu was left with a backward d6 pawn, hole on d5 and limited dark-squared Bishop. Still, he could have transfered one of the Rooks to the kingside and 2nd rank, which should have been sufficient for counterplay. The Chinese instead tried to fortify with his weak pawns, thus leaving greater maneuvering space to Cheparinov. White won the h-pawn and started harassing black King with his Rooks, while ideally placed Knight on f5 was giving support. Bu resigned after his Bishop ended trapped on f8. 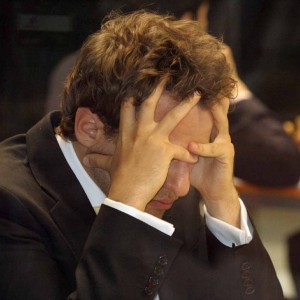 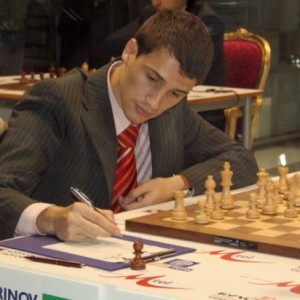