The first day of the Women World Chess Championship semifinal ended with minor upsets, if this term can be used in such a late stage of the event, when lower rated Yifan Hou and Alexandra Kosteniuk used the advantage of White pieces to beat Humpy Koneru and Pia Cramling respectively.

In the main 3. Nc3 French Defence, Pia Cramling took up a slightly unusual line 3…Nc6, which was endorsed by IM John Watson in his excellent book “Dangerous Weapons: The French” under the chapter “Swearing in Church”. Everything developed fine for Black until Cramling decided to push c7-c5. It proved later that only White benefits from the trade of a-pawns, and not because of pressure on b7, but because Kosteniuk found another weakness in Black’s camp – pawn e6. She attacked vigorously and brought the advantage home. 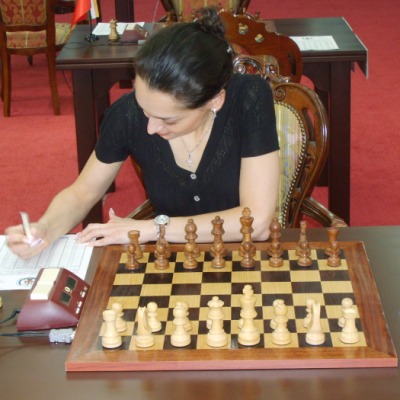 Yifan – Koneru opened in a more conventional fashion, with very popular and deeply explored Breyer variation of the Ruy Lopez. The young Chinese doesn’t pay too much attention to the openings coding – she “didn’t know” what Sheveningen Sicilian is when your reporter asked about an earlier game – but she surely is up-to-date with the topical games and theory. Upon allowing 28. Qb6!, it all went downhill for Koneru. The Queen’s exchange beautifully highlighted the disharmony of Black pieces. Losing a pawn was not the worst to happen – more problems appeared when Black had to fight against the fork on f6. Hou Yifan earned a piece and ruthlessly converted it into a full point. 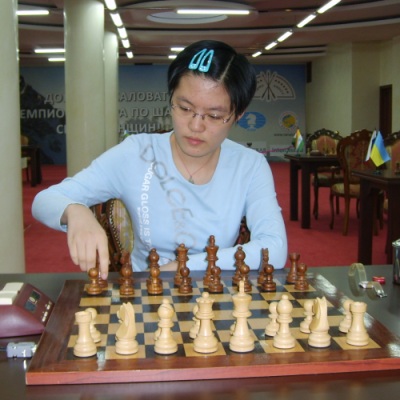